Patrick Ewing Says Both Of His Olympic Gold Medals And National Championship Rings Were Stolen, Later Found The Ring On Ebay 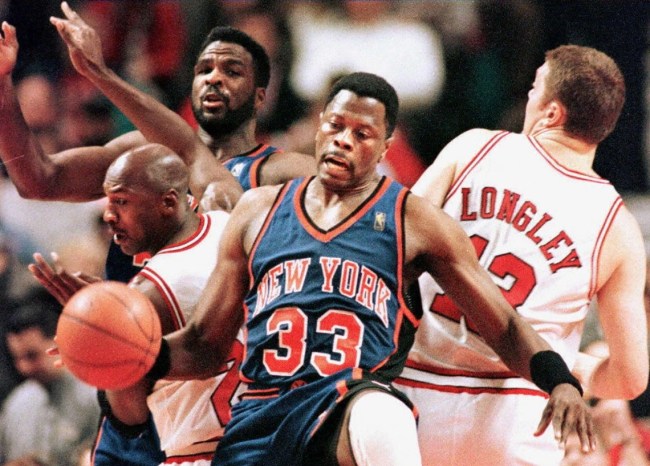 Most of us have had something stolen from us in our lives and felt that gutwrenching feeling when you realize something has seemingly disappeared out from under you. I once had my bike stolen, which felt bad, but that doesn’t really compare to having an Olympic gold medal or national championship ring stolen from inside your home, which is something Patrick Ewing apparently knows all too well.

Ewing joined The Dan Patrick Show and discussed how both of his 1984 and 1992 medals were stolen as well as his national championship ring from Georgetown. That’s quite the haul of goods for whoever robbed Ewing, especially the medal from ‘The Dream Team’ of ’92.

Luckily for Ewing, he was able to get a couple of replacement medals.

“My house got broken into in New York, and at one point they stole my medals,” Ewing said according to ESPN. “So I called Jerry Colangelo [former USA Basketball chairman], and he was great to be able to get me two replacement medals.”

As for the 1984 national championship ring, Ewing did some private investigator work of his own on the interwebs and found it listed on eBay and was able to retrieve the ring.

“They did take my college championship ring, but someone tried to sell it on eBay and I was able to get that back,” said Ewing, who is now the head coach at Georgetown.

For those on their edge of their seats wanting to know whether or not I ever saw my stolen bike again, the answer is no. The scumbag that stole it wasn’t dumb enough to list it online and the security cameras just so happened to malfunction that day, which is a rather strange coincidence.

I hadn’t ridden that bike in over a month, but hey, it still hurts.