Patrick Mahomes Explains Why He Split The $100,000 Cost Of Turning Arrowhead Stadium Into A Polling Place 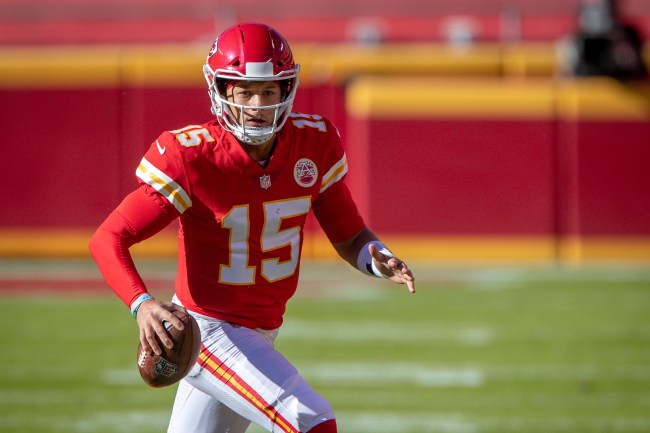 Patrick Mahomes put up a big chunk of money to help turn Arrowhead Stadium, home of the Kansas City Chiefs, into a polling place for voters on election day. Mahomes and his charitable foundation split the $100,000 bill with the Chiefs and Arrowhead joined the Staples Center, Madison Square Garden, and other famous sports venues as voting sites across the nation.

Mahomes appeared on Jim Trotter’s Huddle and Flow podcast as a guest where he explained why he split the cost with the Chiefs of turning Arrowhead Stadium into a polling place. Personally, I think the Chiefs should’ve put up 100% of the cost and it’s odd to me that Mahomes had to split the cost with his employer but here’s what Patrick had to say about it all:

KC QB Patrick Mahomes split the cost of opening Arrowhead Stadium as a polling place today. Here's why he did it. #HuddleAndFlow pic.twitter.com/IFE12UQkU1

“I thought it was very important, not only just to get as many people out to vote as possible, but also to use a place [such] as Arrowhead where we have a lot of fun, show a lot of love and unity with people are coming together, and use it as a place where we can come together to vote and use our voice,” Mahomes told the NFL Network’s Jim Trotter on Tuesday.

“I thought Arrowhead was the perfect place for it, and the Chiefs were all aboard with it and some other guys on the team, we all just made our efforts strong and really got it to be a central point for everybody to go vote.”

Anytime we see someone screaming ‘get out and vote’ most people’s first thought is they know exactly who that person is telling us to vote for but that’s really not always the case. Getting out and exercising our vote is what separates us from so many countries in the world. My colleague Francis talked about this on Oops the Podcast:

Mahomes can certainly afford to drop $50,000 and split the $100K bill to convert his place of work into a polling place but I stand by what I said above and think the Chiefs should’ve done this entirely on their own. Regardless, it’s a stand-up move from Mahomes to pull this together. He really is an NFL player who’s borderline impossible to dislike unless your team’s playing against him.