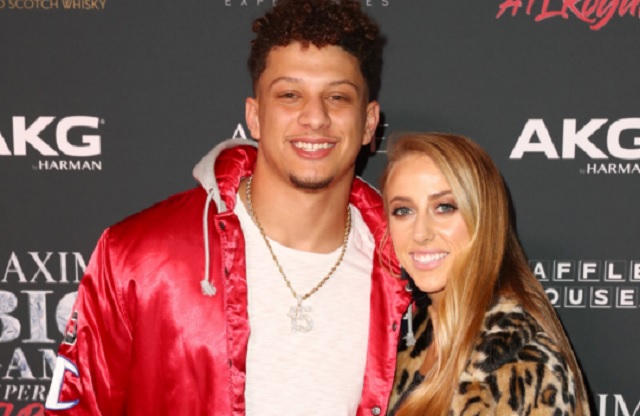 The fiancée of Kansas City Chiefs QB Patrick Mahomes Brittany Matthews is extremely active on social media during games and if you take a look at her Twitter account you can see she isn’t shy to voice her opinions on football-related matters.

Everyone wearing black and white on the field today are on the same team..🤷🏼‍♀️

The amazon delivery guy just said go raiders on my front door step, should I have punched him or what?😂😂

Considering how active she is on Twitter, Matthews is constantly bombarded by people trying to troll her on the social media site.

Despite the fact that people fill her mentions with hate every Sunday it doesn’t seem like she’s planning on curtailing her social media activity anytime soon.

During a recent Q&A session on her Instagram story, Matthews says she’s grown a pretty thick skin and has been able to learn to just ignore the trolls at this point.

Patrick Mahomes' fiancée on people being mean to her on social media… pic.twitter.com/EGHviOhx0b

Yes people can be very mean and you have to have a tough skin and be strong and know that those people’s opinions don’t matter and just don’t respond or engage with them at all on social media.