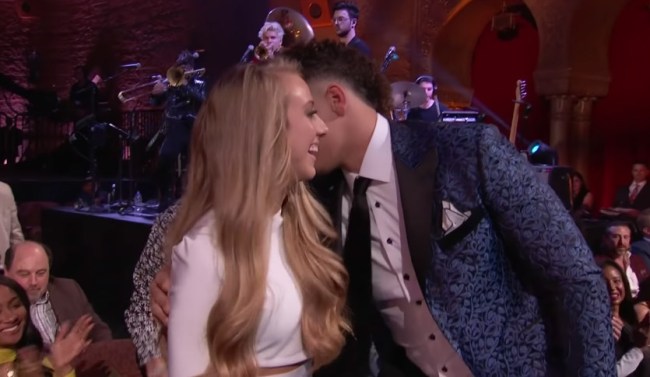 As is often (always) the case when it comes to social media and people in the public eye (even tangentially) there are some on the internet who just want to see the world burn. We call these people trolls, haters, keyboard warriors, and the like.

One of their favorite targets, for some reason, seems to be the significant others of professional athletes. We’ve seen it over and over again, so much so that most of these innocent bystanders eventually make their social media accounts private.

But not always. Sometimes these targets go right back at the haters, as was the case a few days ago with Patrick Mahomes’ girlfriend Brittany Matthews.

Mahomes and Matthews, a physical therapist and fitness instructor, have been together for over seven years now, dating back to their days at Whitehouse High School in Texas, and through the two of them attending different colleges.

They aren’t married yet, but as she said on their seventh anniversary, “To everyone that’s gonna ask when we are getting married, the answer is whenever we want.”

7 years, the greatest 7 years with you! Lots of life changes, lots of growing, lots of surprises, lots of memories! Cheers to a lifetime with you❤️ P.s- to everyone that’s gonna ask when we are getting married, the answer is whenever we want😊🤣

Naturally, a rare solid relationship like this is way too much for the trolls to handle, so they have been throwing a lot of shade her way, saying the Chiefs quarterback can do better.

So, rather than shy away from it, Matthews – a former star soccer player at UT-Tyler who also professionally for an Icelandic soccer team…

…decided to jam it right back in their faces.

“Me, when you get told all the time your boyfriend could do so much better,” she wrote in the caption a couple of pics she posted to Instagram.

Me, when you get told all the time your boyfriend could do so much better🤷🏼‍♀️🤔 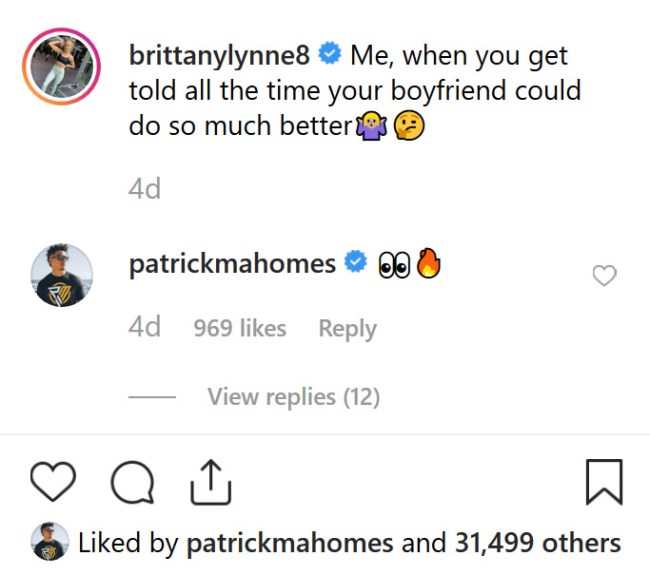