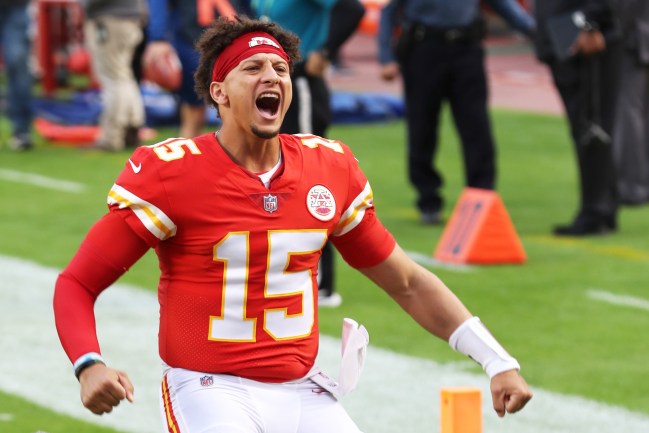 Patrick Mahomes heard all the talk about Josh Allen surpassing him as the NFL’s best QB the past few weeks.

Before Sunday’s AFC championship game, several media outlets went out of their way to say that Allen had surpassed Mahomes this season.

"Let me tell you something, Josh Allen is the best QB on the field on Sunday. Josh Allen and Stefon Diggs, they had a better combination and connection this season when you compare and contrast it to Patrick Mahomes and Tyreek Hill."

Tale of the Tape #BUFvsKC

"In the last six games, Josh Allen has been hotter than anybody. He has a better QBR than Mahomes, better completion percentage, more touchdown passes… and there is an intangible Allen is bringing right now." – @Hasselbeck pic.twitter.com/yq1ROff1t6

After the Chiefs eliminated the Bills on Sunday, Mahomes took to Twitter to respond to ESPN’s graphic that said Allen is a better QB with a yawn emoji.

During his appearance on 610 Sports Radio on Monday, Mahomes talked about responding to ESPN’s graphic by saying the team sees all the media talk around them and that he uses it to give himself a bit of an edge.

“It’s just you get tired of hearing in the media over the three to four,five weeks of we’re not doing things good enough when we’re winning football games. You try not to listen to it but you see it every single day and you get bored of it. We see it, We don’t need more to motivate us but I like having a little edge here and there.”

It sure does seem like Mahomes took all Allen MVP talk personally.