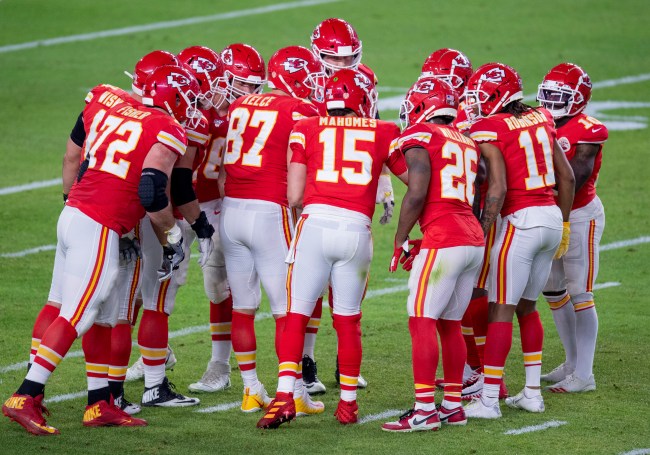 It hasn’t even been a week since the Kansas City Chiefs score 21 unanswered points in the 4th quarter of Super Bowl LIV to beat the San Francisco 49ers 31-20 and already I’m in football withdrawal. Thankfully, the NFL is savvy and they know they can keep people like myself entertained throughout the offseason with badass clips like this.

Arguably the biggest play in the 4th quarter of Super Bowl LIV was when Patrick Mahomes connected with wide receiver Tyreek Hill on 3rd and 15. The play was called ‘The Wasp’ and they’d previously ran it successfully in the prior year’s AFC Championship. We know this because Patrick Mahomes was mic’d up and the NFL released this ‘Turning Point’ clip.

Essentially, this is the moment where things start to go really right for the Kansas City Chiefs and it all started with Mahomes pumping up Tyreek Hill on the sidelines before consulting with Chiefs’ offensive coordinator Eric Bieniemy to ask if they could run ‘The Wasp’ which puts their three most dangerous recievers on the right side of the field running separate routes.

Tyreek Hill is meant to look like he’s cutting inside only to break for the outside toward the sidelines once he sees the defender turn in. The clip explains all of this so I’m not sure why I’m mentioning it here but I thought I’d at least set up the footage a little bit.

Fly like a butterfly, sting like a Wasp. @PatrickMahomes believed in himself, this play call, and the @Cheetah on the #SBLIV's Turning Point. @Chiefs pic.twitter.com/xTTU7AL6OQ

As someone points out, it was awfully nice of them to slow down the footage of the play so everyone can clearly see Nick Bosa being held. I’m sure 49ers fans won’t be salty about that at all.

If you are looking for a more in-depth coaching-style breakdown of The Wasp there’s this extensive clip on YouTube that you might enjoy. Personally, I like the twitter clip above from NFL Films with the mic’d up footage spliced in but I know some of you guys out there might appreciate this as well

It sure looks like Patrick Mahomes is the future of the NFL if he can stay healthy, doesn’t it?