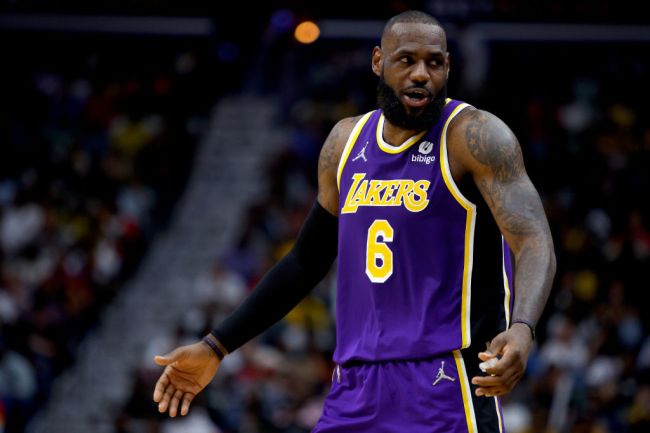 LeBron James and the Los Angeles Lakers officially fell out of 10th place in the Western Conference yesterday, putting them outside of the playoff picture with just 7 games left to play. It has raised questions about the future of the Lakers.

However, that future may not be as unclear to some as it is to others. While discussing the Lakers on “Get Up” today, ESPN analyst Brian Windhorst revealed that he has seen a pattern in LeBron’s career that seems to be playing out again with the Lakers.

This is a troubling trend for the Lakers and to make matters worse, we don’t have a frame of reference for what to expect for year 5 with LeBron. We do know that each of LeBron’s past teams as gone into as steep decline after he left. However, it’s unclear if LeBron will leave after this season.

LeBron is under contract for another year and the Lakers likely won’t want to trade him after investing so heavily in winning right now. What seems more likely, is that they use that 2027 pick they refused to trade this season in order to move Russell Westbrook for a player who better fits the team’s needs.

We also haven’t seen a team led by LeBron struggle like this from the start since his early years in the league. The Heat made it to the NBA Finals each year with LeBron. The Cavs made the Finals each year for LeBron’s second stint. This Lakers team has already missed the playoffs once, been eliminated in the first round, and could miss the playoffs again.

We don’t know what the future holds for this Lakers team, but LeBron James’ history tells us it might not be anything good.