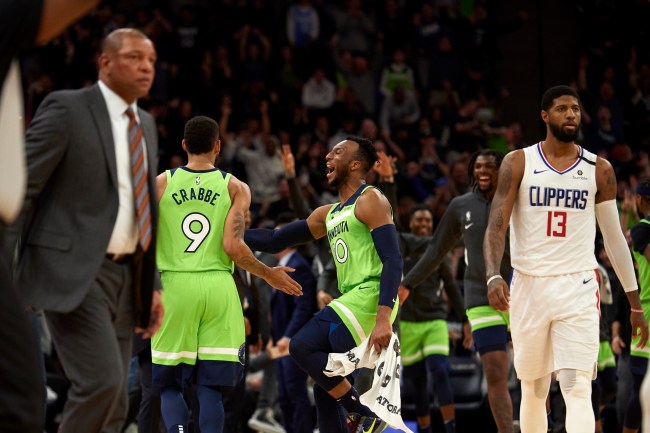 On Wednesday, George went on All The Smoke podcast with Matt Barnes and Stephen Jackson and criticized his former coach for using him like he was J.J. Redick or Ray Allen instead of playing to his strengths.

“The way I was being used, I felt Doc was trying to play me as a Ray Allen or a JJ Redick, all pin-downs. I can do it, but that ain't my game. I need some flow, I need some mixes of some pick-and-rolls, post ups, diff. touches. Last season was hard."

The treatment the Clippers gave Kawhi Leonard and Paul George rubbed some teammates the wrong way:

◾️ Kawhi and PG-13 had power over the practice schedule.
◾️ Kawhi lived in San Diego, which often made him late.
◾️ Teammates believed they could choose when they played.

While Kawhi and Paul George received preferential treatment, some teammates took more of an issue with George's treatment.

"There was a sentiment among certain teammates of, 'What have you accomplished in the playoffs?'"

With Rivers out, recently hired coach Ty Lue is tasked with not only keeping George happy on offense but also making sure everyone in the locker room is content as well.