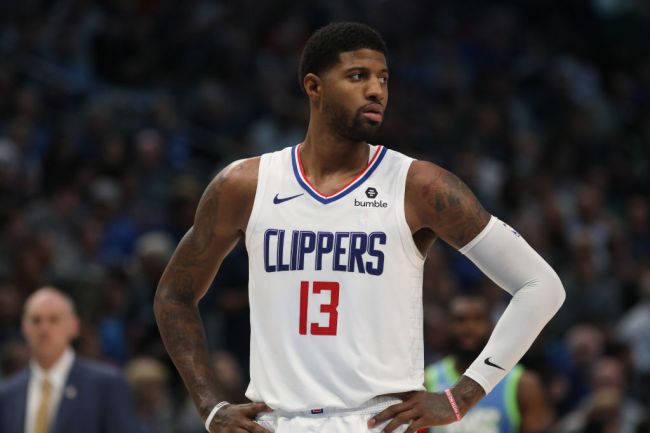 Paul George thought he had put the Pandemic P nickname behind him with his heroics during the second round of the playoffs but apparently that isn’t the case.

On Tuesday night, during game 2 of the Western Conference Finals Geprge found himself on the free throw line while up one point with 8 seconds left to go in the game. Unfortunately for PG he missed both free throws to give the Suns a chance to win the game on the next possession.

George’s missed free throws allowed the Suns to run a play for Deandre Ayton a few seconds later to win the game.

EVERY ANGLE of Jae Crowder's pinpoint pass to Deandre Ayton to win Game 2 for the @Suns! #NBAPlayoffs #ThatsGame #NBAWCF presented by AT&T continues with Game 3 on Thursday at 9pm/et on ESPN pic.twitter.com/JMEXIj0erK

Pandemic P really blew the one chance at being the hero 🤣 pic.twitter.com/1bGwKaG4fK

Paul George was so close to getting rid of the pandemic p name pic.twitter.com/UDXkpXTEnN