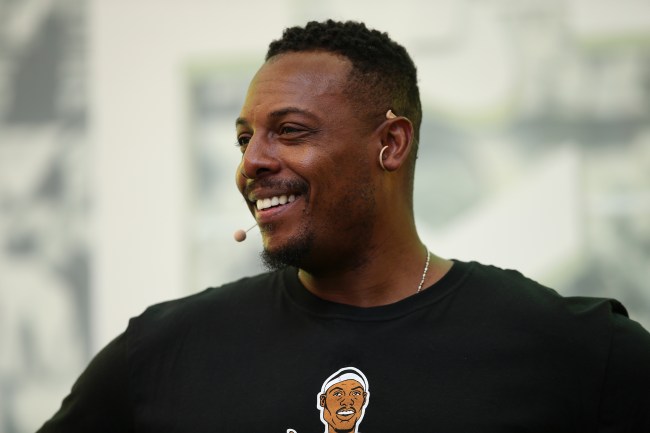 Paul Pierce is getting a unique job offer now that he’s unemployed.

On Monday afternoon, ESPN announced they were firing Pierce after he went on Instagram live over the weekend and streamed himself surrounded by strippers twerking around him.

BREAKING: ESPN and NBA Legend Paul Pierce have parted ways, according to sources.

Pierce posted videos of himself with exotic dancers on Instagram Live Friday night. Pierce has played a key role on 'NBA Countdown' + other ESPN basketball programming.

Immediately after Pierce’s firing, adult cam site CamSoda offered the NBA legend a six-figure deal to work with them on an NBA show that would feature exotic dancers.

I saw the news that you have parted ways with ESPN after you posted a video to social media of yourself with exotic dancers.

Being that you are now unemployed, I would like to extend you a position at CamSoda as our first-ever “NBA Analyst.” As our NBA Analyst, you would be required to stream yourself live on our platform every week night and discuss happenings around the NBA. Inside the NBA be damned.

Here at CamSoda, we champion exotic dancers, cam girls and sex workers. We would be more than happy to accommodate your penchant for women and you’d be free to stream with them while they twerk in the background and more.

As for Pierce he doesn’t seem too worried about work right now and posted a video message about “bigger and better things coming” in the near future.