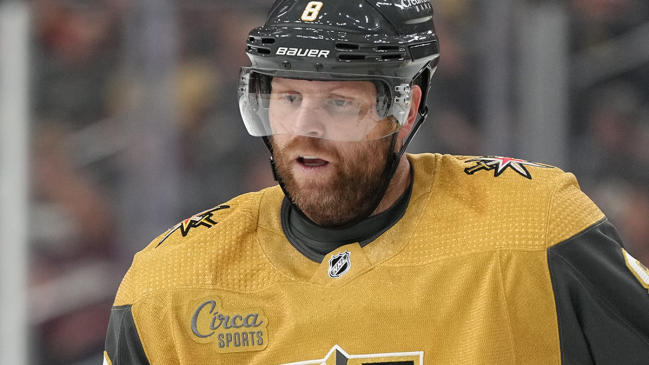 On Monday, the Las Vegas Golden Knights posted a video of around a dozen different players trying (and failing) to guess the significance of October 3rd, a date many refer to as “Mean Girls Day” thanks to this scene.

However, October 3rd has nothing on the importance of what falls right before it: the birthday of the man, the myth, and the legend who is Phil Kessel.

If you’re an NHL fan, you’re likely familiar with the mystique surrounding the winger who’s currently gearing up for his 17th season in the league. “Deceptively athletic” may be one of the most overused descriptors in the entire world of sports, but it’s hard to think of a better way to describe the essence of a man who looks like he should be playing on the second line in a beer league as opposed to someone who’s taken to the ice for more than 1,000 consecutive games at the highest level of hockey.

It’s virtually impossible to talk about Phil Kessel without talking about the hot dog “scandal” that was sparked by a member of the infamously awful Toronto hockey media; after the Maple Leafs traded the forward to the Penguins in 2015, Steve Simmons published a column containing a debunked claim Kessel headed to a place near his apartment to grab a glizzy around the same time “almost every afternoon.”

Kessel seemingly trolled Simmons by filling the Stanley Cup with hot dogs and posing for a picture after winning a championship with Pittsburgh a couple of years later, which both cemented his iconic status and ensured the meme would live on for a little while longer—as evidenced by a birthday surprise Kessel received from his current team.

Kessel celebrated his 35th birthday on Sunday, and he and his teammates got together for a meal that was capped off by possibly the most on-brand dessert course imaginable—a cake covered in (and topped with) hot dog decorations that was presented to Phil.

Based on the look on his face, he seemed to appreciate the gesture.