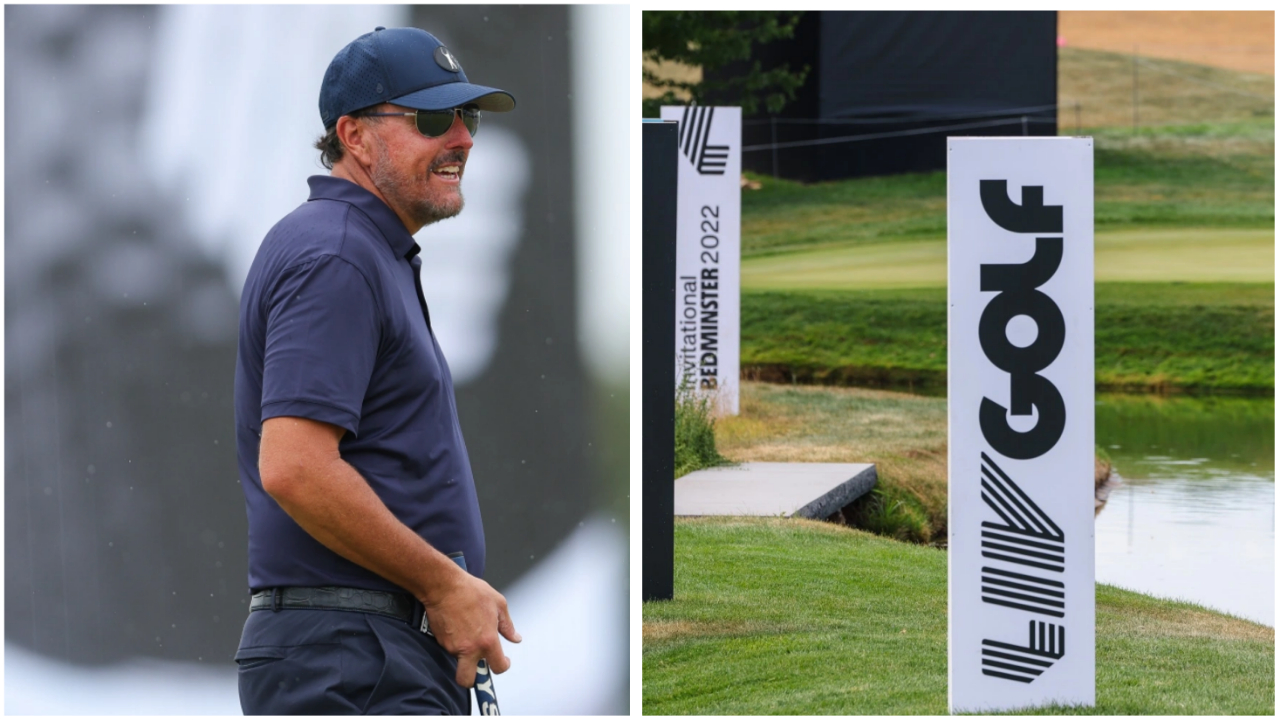 Phil Mickelson is facing a ton of criticism for playing in the Saudi-backed LIV golf event at Bedminster, and he’s apparently going to be confronted by hecklers all weekend long.

For the past week, families of 9/11 victims have been running ads slamming players for taking money from the Saudi Royal Family.

9/11 families are running an ad condemning Trump for hosting the Saudi golf tour this week. pic.twitter.com/huzzv64B8m

During his first tee shot on Friday, Mickelson was heckled by a fan who yelled, “do it for the Saudi family.”

“DO IT FOR THE SAUDI ROYAL FAMILY!” a heckler yelled as Phil Mickelson prepared to hit his first shot at the LIV Golf event at Trump Bedminster. He had to step away from the ball.

Phil may have been bothered by the heckler as he stepped off the tee and proceeded to send his shot into the bunker.

Mickelson put his shot in the bunker and bogeyed the hole. The fan was quickly approached by a staffer and warned not to do that again.