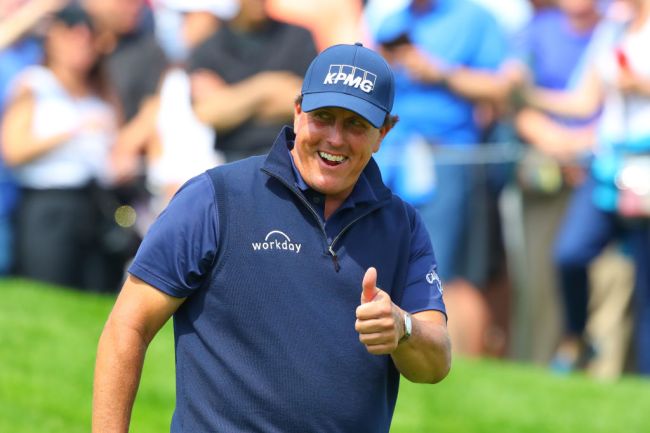 Phil Mickelson does not have the best of memories about Winged Foot, the site of next week’s U.S. Open. In 2006, standing on the 72nd hole with a lead in the U.S. Open, Mickelson blocked his tee shot left before limping to a double bogey on the final hole giving Geoff Ogilvy the title.

The U.S. Open remains to be the only major that Mickelson hasn’t won in his career and while the odds are heavily against him completing the career grand slam next week, one bettor clearly has a gut feeling that Lefty has a chance next week.

According to the Las Vegas Review-Journal, someone placed a $45,000 wager to win $3.375 million Thursday at Willaim Hill on Phil Mickelson to win the U.S. Open at 75-1 odds. It’s the second-largest liability for an individual golf wager in William Hill’s U.S. history.

“When I got the call he was at the window, I almost fell out of my chair,” Nick Bogdanovich, the director of trading for William Hill US, told Golf Digest.

“Obviously, this guy has a gut feeling,” Bogdonavich said, “and he has enough guts to back up his conviction. I tip my hat to him for that.”

While 75-1 odds are one thing, Mickelson actually holds even longer odds at 90-1 at BetMGM for anyone interested.

Mickelson hasn’t won a major since hoisting the Claret Jug in 2013. He’s only won twice on the PGA Tour since that win, in fact, with his most recent coming in February of 2019 at the AT&T Pebble Beach Pro-Am.