Out Of Absolutely Nowhere, Phil Mickelson Wins The PGA Championship 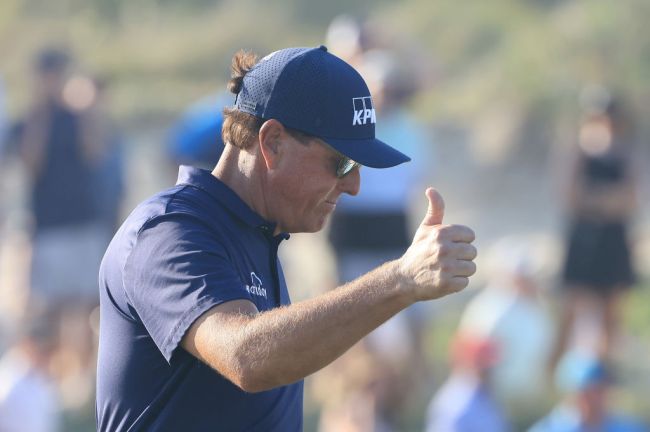 That just happened. Phil Mickelson won the 2021 PGA Championship becoming the oldest major champion in the history of the game at 50-years-old.

Nobody, absolutely nobody, saw Mickelson hoisting the Wanamaker Trophy this week, but that’s what happened, and that’s why golf is such an unbelievable game. With Brooks Koepka, Louis Oosthuizen, and a whole plethora of players chasing, Mickelson held on to win his sixth major.

Mickelson ranked 115th in the world heading into the week, hadn’t won since February of 2019, and last won a major in 2013 when he hoisted the Claret Jug. This year alone, since September, Mickelson had missed six cuts and in the eight cuts he did make he didn’t finish inside the Top 20 once.

Sure, he held a one-shot lead heading into Sunday’s final round, but overall, this win was an incredible surprise.

The lefty didn’t rank inside the Top 130 in any major statistical categories on the PGA Tour heading into the week but certainly found something in South Carolina.

It wasn’t a perfect Sunday for Mickelson, but his 1-over 73 was enough to secure a 2-shot win at Kiawah.

Mickelson and Koepka traded blows over the course of the first couple of holes, but Mickelson was able to turn at even par and make a birdie on the 10th to firmly take control of the leaderboard.

The Ocean Course was a stiff test on Sunday just as it was throughout the entire week, but Mickelson was the player who answered the call best, just as he had done through the first three rounds.

Mickelson faced serious adversity with back-to-back bogeys on 13 and 14, but answered right back by playing the final four holes at even par with one birdie and a bogey to go with two pars.

At 50 years and 341 days old, Phil Mickelson wins the #PGAChamp and becomes the oldest golfer to win a major! pic.twitter.com/fzBBjaimxV

Mickelson may have had five major wins to his name coming into the week, but he wasn’t in his best of form. On a tight golf course with trouble off of every tee, Mickelson wasn’t among the favorites to win this week, he wasn’t even looked at as a player that could make the cut, but he walks away a two-shot winner.

Seriously, I could have named 75 players in the field I liked more than Mickelson this week, but he just dominated the longest course in major championship history to become the oldest major winner of all-time, what a game.