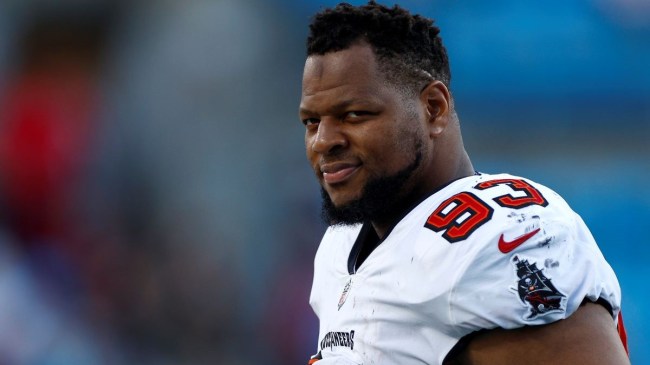 It took nine games, but the Philadelphia Eagles are no longer chasing history and the 1972 Miami Dolphins. The Eagles dropped their first game if the season on Monday night to the NFC East rival Washington Redskins. The loss came in controversial fashion. But one thing that everyone could agree on was that Philadelphia’s run defense is a weakness.

Future Hall of Fame defensive tackle Fletcher Cox finally appears to be slowing down at 31 years of age and first-round pick Jordan Davis is on the injured reserve with an ankle injury.

Philadelphia ranks 24th in the NFL in yards per carry allows at 4.7 and is allowing a first down on 28.3 percent of all rushes. That second number ranks 30th in the league. But unlike some general managers (looking at you, Jerry and Stephen Jones), Eagles GM Howie Roseman doesn’t sit around and hope that things will fix themselves.

Instead, Roseman took action. He began by adding veteran defensive tackle Linval Joseph to the equation on Wednesday. Joseph is a two-time Pro Bowler and won a Super Bowl with the New York Giants in 2012. But that wasn’t enough for Roseman. He ensured that the Eagles have all the beef they could possibly need in the interior by signing five-time Pro Bowler Ndamukong Suh on Thursday afternoon.

Suh has yet to play in 2022 but hinted at a return to the field a number of times during the offseason.

While neither Suh nor Joseph are the players they were in their prime, they combine for nearly 700 pounds of mass that the Eagles can now rotate in on defense.

Howie Roseman watched his run defense, asked for a list of FAs who weigh over 300 lb, and said yeah I’ll take all of em 😭

Both Eagles fans and players seemed fired up to be adding artillery for their likely playoff run.

I’m still in shock on this one. Howie is awesome!!! #FlyEaglesFly https://t.co/bSPWBuWmwS

Philadelphia will have a chance to get back in the win column on Sunday when it takes on the Jeff Saturday-led Indianapolis Colts.