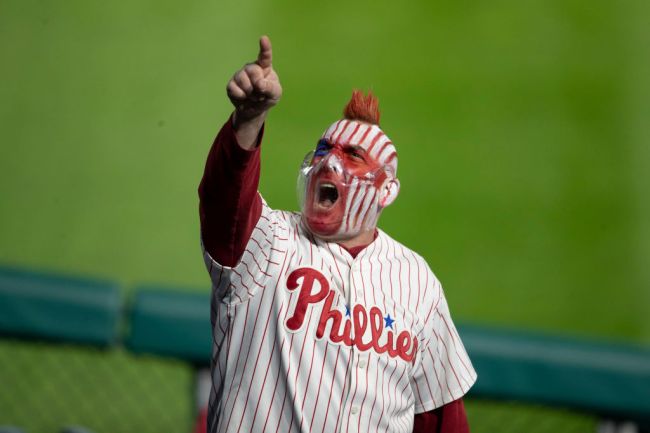 There was one clear-cut play of the day during the 14 MLB games that took place on Sunday, and it didn’t even happen on the field. During the Phillies’ matchups against the Mets, one fan made one of the most unbelievable foul ball catches ever caught on video.

During the top of the seventh inning, Michael Conforto fouled a pitch into the left stands directly at the man that made the snag. You’ll notice two things in the video below. The first is that the ball was moving, in fact, it left the bat at 97 mph. The second thing you’ll see is that the guy was holding ice cream in his opposite hand.

Most people would’ve gotten out of the way of a foul ball moving 97 mph, but this legend decided to stick up his bare hand and snag the missile out of the sky while not losing one drop of the overpriced ice cream in his hand.

PLAY OF THE DAY! He caught a foul ball one-handed while eating ice cream! 🍦pic.twitter.com/PuUE9SWmdU

Each and every baseball season we see crazy catches like this in the stands, but this one legitimately stands out as one of the best of all time.

Unfortunately for the Phil’s fan, Philadelphia fell to the Mets on Sunday night 8-7.

I wonder how his hand is feeling this morning?