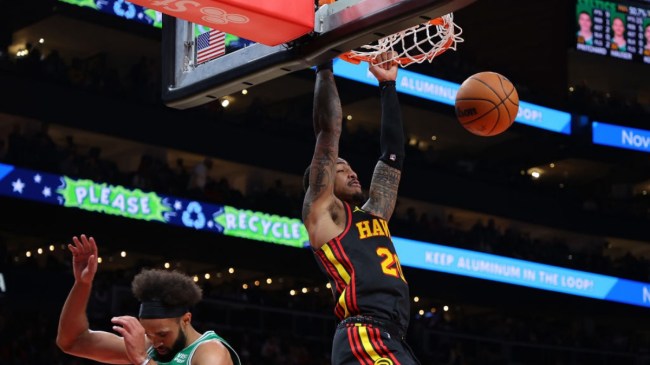 After cruising to a 1st place finish in the Western Conference standing last season, the Phoenix Suns once again find themselves in the mix for the top spot in the West.

The Suns currently hold a 9-5 record and are just a half game behind the Portland Trailblazers for first in the West. While they remain one of the league’s best teams, there have been some struggles early on in the season.

The Suns have lost 3 of their last 5, including a blowout loss to the Orlando Magic. Now it looks like they are interested in making a big move to once again separate themselves from the rest of the conference.

It just so happens that the Atlanta Hawks are looking to deal and have a player the Suns are interested in.

According to a report from The Athletic’s Shams Charania, the Hawks have begun trade talks for John Collins and the Phoenix Suns are one of the frontrunners to land him.

Inside Pass at @TheAthletic on the developing trade market around Collins, Jae Crowder and others: https://t.co/eHn1Zw78zj

Collins hasn’t been great to start the season as he’s seen his scoring average drop to 12.6 points per game and he has struggled from behind the arc, shooting just 22.7% from 3. However, he has had much stronger seasons over the last 4 years and would be a solid addition to the Suns’ starting lineup.

At just 25 years old and with a few years left on his contract, Collins could be a valuable addition to the Suns’ young core. The Hawks would likely be looking for a 1st round pick in return and the Suns are a team that has the ability to part with one for a piece they believe will help them compete for their first ring in franchise history.

Collins has been a name mentioned in Atlanta Hawks trade rumors for years and this could be the time they finally make a move.