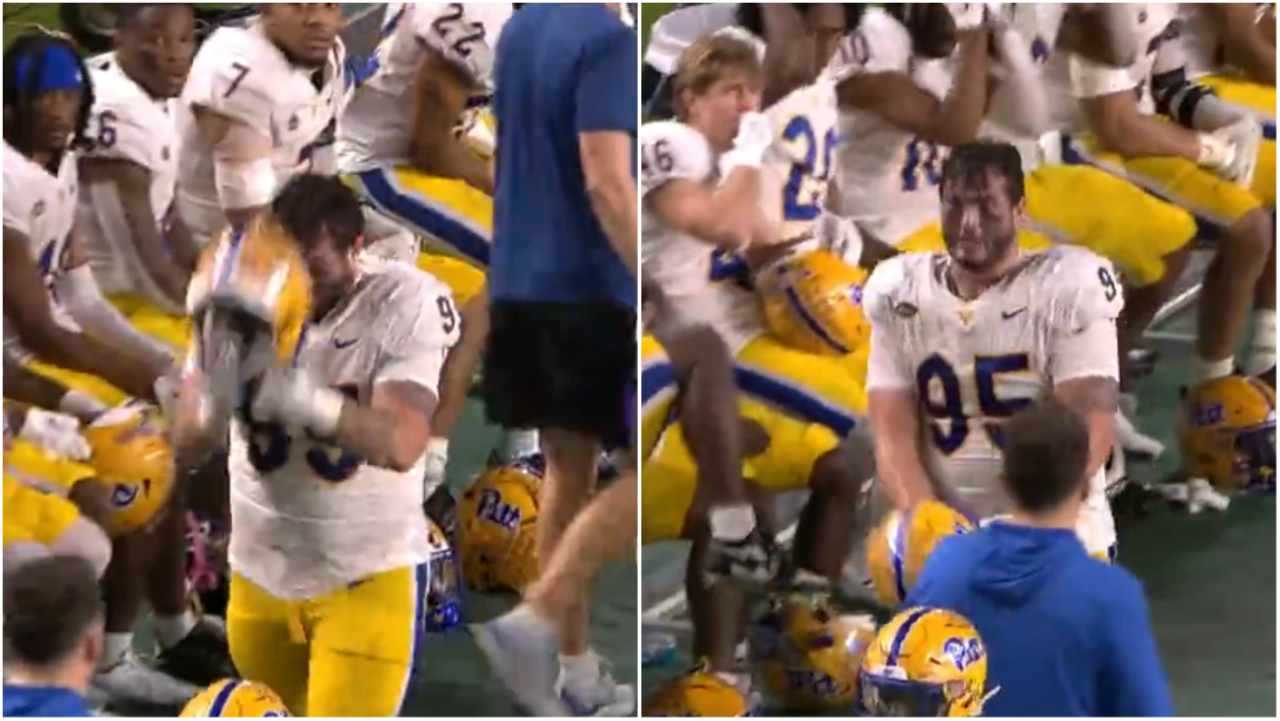 Pitt’s Devin Danielson lost his mind and freaked out his teammates on Saturday night.

During the team’s game against Miami, an angry Danielson repeatedly smashed his helmet off his head after the Canes scored a touchdown on Pitt late in the fourth quarter.

The reaction of Devin Danielson’s teammates after repeatedly bashing his helmet off his head >>>> pic.twitter.com/Arqrg2WIZc

Danielson instantly became a fan favorite on the Internet.