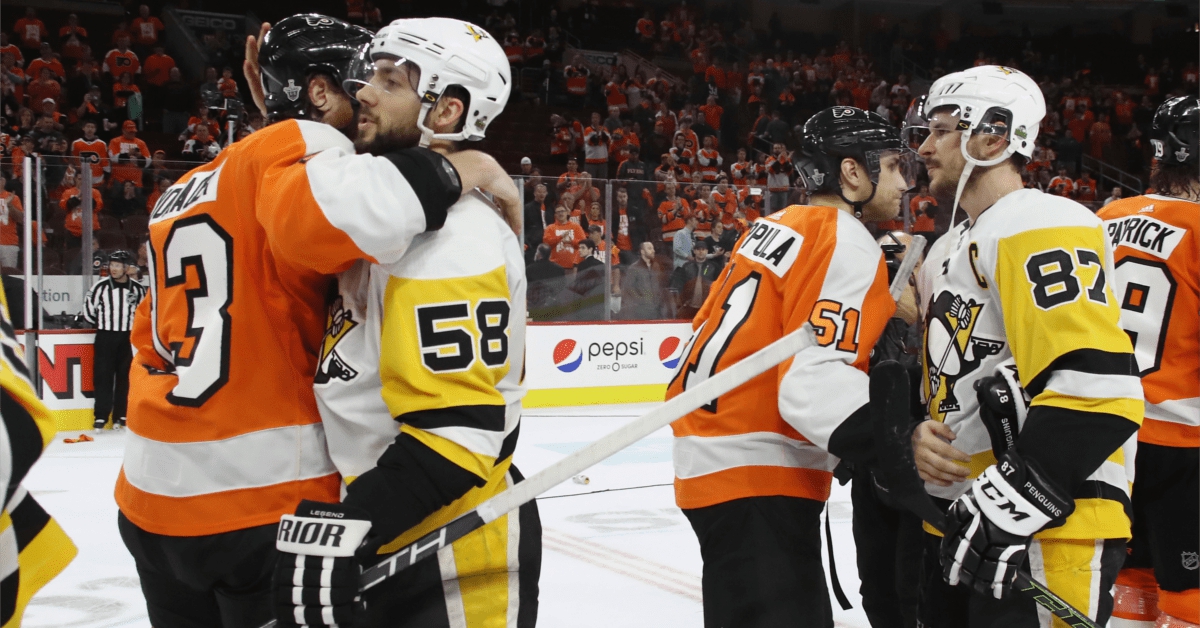 In-state rivalries are no joke, especially for the state of Pennsylvania. The state is destined for an intense rivalry when it has a city like Pittsburgh, which has seen a good amount of success from its sports teams over the past couple decades, and one of the top 10 biggest cities in the country, like Philadelphia.

Well, the latest edition of Philly v Pitt recently concluded in a not-so-surprising fashion as the Penguins defeated the Flyers. To the victor go the spoils… AKA the right to publicly mock and ridicule the loser.

“Help us send our condolences to the Philadelphia Flyers and their fans, with these custom prayer cards memorializing their run in the 2018 Stanley Cup Playoffs. Share for all of our friends in Philly!”
– Facebook caption with the picture of the Prayer Card by Patrick T. Lanigan Funeral Home and Crematory

Cruel… hilariously cruel. Then again, with the year Philly is having, no need to show mercy.

Now the Pens can move-on to destroy the hopes and dreams of every Washington hockey fan… for the third year in a row.