Three Must-Have NFL Players To Draft In Your Daily Fantasy Lineup In Week 13, According To A DFS Expert 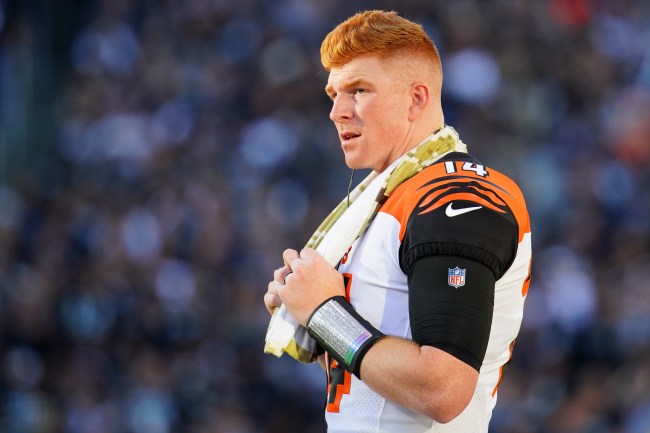 Happy Thanksgiving to you all! We’re here at one of the best weeks of the year, where we get two slates of football to play! Let’s take a look at the main slate on Sunday, and see who we are building our lineups around.

QB Andy Dalton Cin $4700
On the surface it sounds crazy. But Dalton is being reinserted into the starting lineup this week, after the Ryan Finley experience left the Bengals disgusted. Dalton gets the Jets this week, and their awful passing defense. The Bengals are winless, and 2 games up on anyone else for the first pick. I expect the Bengals to come out trying, as a win will not be detrimental to their long term plan. Dalton is dirt cheap, and with a good matchup, he can score very well for his price. I love the savings he gives us this week, allowing us to pay up in other spots.

RB Saquon Barkley NYG $7400
When’s the last time you remember Barkley being this cheap? I can’t remember either. He’s one of the best backs in the NFL, and has a very high floor, because of his pass game work. The Packers defense has gotten progressively worse this season, and I see no reason why Barkley can’t get back on track this week. There are rumblings that Pat Shurmur might be coaching for his job, so I expect him to want to get the ball in the hands of his best player.

WR Davante Adams GB $7000
On the other side of the ball, Davante Adams looks primed for a big game. Underpriced at only $7k, Adams has averaged 11 targets per game since coming back from turf toe. The Packers are basically in a must win spot going forward, so I expect Aaron Rodgers to seek out his most reliable target. With a prime matchup against the Giants, Adams is poised to torch their secondary.

Good luck this week and have a great holiday!