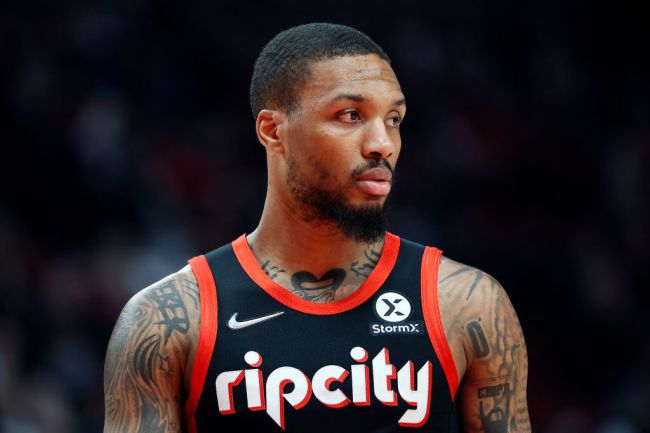 Any team that thought they had a chance of landing Damian Lillard for themselves when the Portland Trailblazers started trading away veteran pieces at the NBA trade deadline are going to need to rethink their plans.

Since the start of the offseason, it has become very clear that the Blazers have every intention to continue trying to build a contender right now. They traded a 2025 first round pick for Jerami Grant before the NBA Draft. There were rumors they were pursuing OG Anunoby.

Now, they are reportedly preparing to offer Damian Lillard a huge contract extension. According to Bleacher Report’s Jake Fischer, the Blazers are expected to offer Lillard an extension that will pay him more than $100 million over 2 years.

Portland is expected to offer Damian Lillard a two-year extension worth over $100 million, per @JakeLFischer pic.twitter.com/mivKAD6B53

There is still plenty of work to do for the Blazers if they want to contend, but locking up Lillard long-term is a good start.

They’ll still need to re-sign Jusuf Nurkic this offseason and even then they would remain another piece away from being able to compete with the top teams in the West. They will surely be hoping that Shaedon Sharpe can be that piece after taking him with the 7th pick in the NBA Draft last week, but he was one of the draft’s biggest question marks.

Whoever ends up being that final piece for the Blazers, they’ve made it clear that they still want to try and win with Damian Lillard while they have the chance.