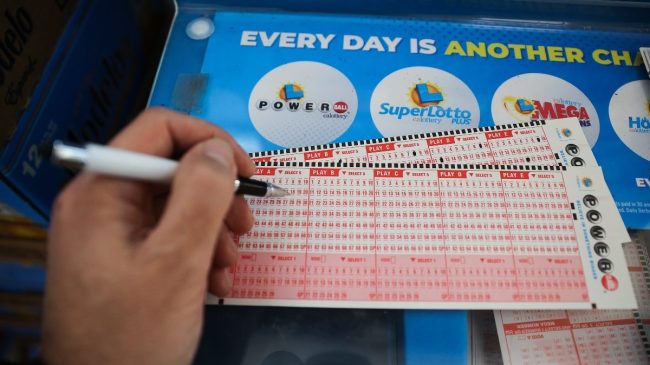 The Powerball reached a record-breaking $2.04 billion and a winner has finally been announced. Apparently, the winning ticket was in California. However, there are now conspiracy theories floating around the internet that the whole thing is rigged.

Powerball Conspiracy Theory Grows As Many Speculate It Is Rigged

According to USA Today, “the winning ticket was sold at a service center in Altadena in Los Angeles County.” With the winning numbers 10-33-41-47-56 and the Powerball being 10, someone claims they have the winning ticket. However, there is something fishy going on with how the winner was announced.

Darren Rovell breaks it down, as California announced a delay in the Powerball on Monday evening “for security reasons.” Even so, immediately after the drawing takes place, a winner is not named, forcing the jackpot to increase. Moments later, a Powerball winner is announced… In California.

So let me get this straight…

It is then announced there is no winner and Jackpot win increase.

Wait, no. There’s a winner in…CALIFORNIA!

Powerball conspiracy theories are flying around the internet, as this fishy coincidence has many believing it was rigged. As you can see, the takes are coming in HOT.

It will soon be announced that 5 @Powerball employees are splitting the “winnings.” https://t.co/LvoZPhgsDX

A lot of people are very unhappy about what might have transpired.

How ironic that the state of California caused an almost 10 hour delay in the Powerball drawing, but there’s now one winner…..from CALIFORNIA #PowerballScam #ICallBullshit #Powerball

The Powerball conspiracy has some thinking of other rigged conspiracies too.

This Powerball scam is exactly like the time that the FBI told McDonalds to run a rigged Monopoly Game and scam the entire country so they could get more evidence and arrest the guy who was giving away all the top prizes to people he knew.

It’s hard to argue against these conspiracies.

This some rigged bullshit. https://t.co/ZwJiSlOA6w

Keep a close eye on this situation, as more takes are going to flood the internet. Everything about this is a bit fishy, but as of now, there is no way of knowing if the Powerball is rigged or not. This one might have people talking for a long time.