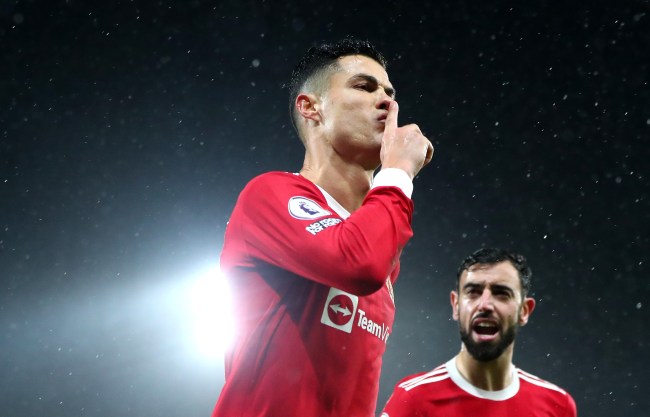 I’ve never seen anything like it. There were 6 Premier League matches today. 5 of them were decided by penalties. 4 of the matches featured teams in the top 6 of the table taking on teams in 12th or worse.

All of them scored a penalty as their winner. Chelsea actually needed 2 to get past Leeds United. Unsurprisingly, fans have had plenty to say on a day that saw Manchester City, Chelsea, Liverpool, Manchester United, and Brentford all win on a penalty

Ronaldo dropping a ball of shame performance again but getting bailed out by a penalty pic.twitter.com/QabiST3Idf

Chelsea, City, Liverpool and United all getting penalties today like: pic.twitter.com/4HGxu14l1G

The top three moaning about each others’ penalties pic.twitter.com/bYvdR34jYh

Of course the conspiracy theorists also showed up on a day where the league’s 4 biggest clubs all got penalties.

Coincidence that Chelsea, City, Liverpool and United all get game winning penalties? or are they the teams the FA want to be in the top 4…….

Penalties for Liverpool, Man Utd, Chelsea and Man City this weekend and we’re meant to believe the Premier League is not corrupt? Right. #avfc

It was a wild day in the Premier League today and I’m sure we won’t see anything like it again any time soon.