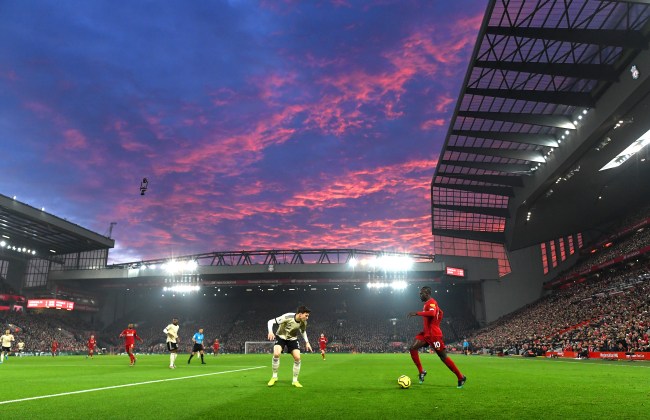 With each passing day, life begins to slowly but surely inch back to normal, especially in the world of sports.

On Saturday, UFC successfully pulled off UFC 249 in Florida. Then, this upcoming weekend, the German Bundesliga will resume their 2019-20 season en masse. There are also more obscure leagues such as the KBO in South Korea that has begun to return to play.

The rest of the sports world isn’t too far behind, either, as reports now indicate that the English Premier League has been given the green light by the UK government to return in June — just three weeks form now.

More details have since emerged in a 50-page document released on Monday, with the note below most interesting to Premier League fans, clubs and players hoping of a restart soon as the league has been suspended since March 13.

“Permitting cultural and sporting events to take place behind closed-doors for broadcast, while avoiding the risk of large-scale social contact.”

It is added that sporting and cultural events will not return before June 1, while it doesn’t seem like fans will be allowed to attend games anytime soon: “reopening…venues that attract large crowds (like sports stadia) may only be fully possible significantly later depending on the reduction in numbers of infections.” [via NBC Sports]

While all 20 Premier League clubs have agreed that they want to complete the season when safe, a handful of spineless clubs — such as Aston Villa, Watford, Bournemouth, Brighton and Hove Albion, and West Ham United — at the bottom of the league are protesting playing neutral venues in an effort to save themselves from being relegated.

The Premier League — which played its last game on the weekend of March 7 — isn’t the only major European soccer league on the verge of a return, as the German Bundesliga is set to resume their 2019-20 season this weekend. Beginning on Saturday, the league will play nine games over the course of three days behind closed doors. Similarly, La Liga in Spain is also eyeing a June 12 restart.