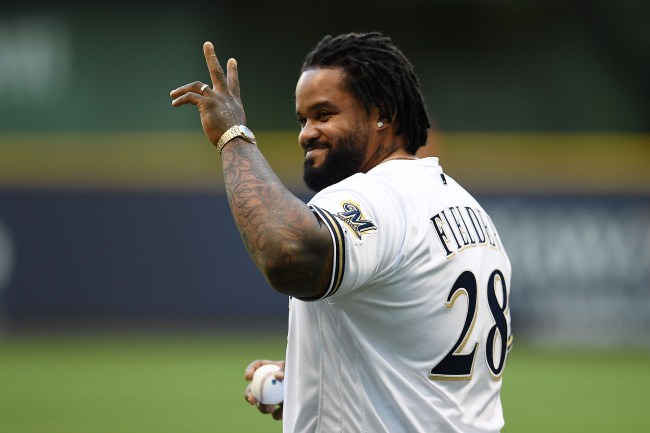 Talks to start a shortened MLB season have really picked up speed in recent days. Several days ago, MLB owners reportedly approved a plan to start the season on the Fourth of July weekend after a quick Spring Training.

There have already been discussions about pro-rata salaries. If they are only playing 80 games instead of 162 then why should anyone get paid for 162-games worth of work, right? But it’s more complicated than that. The owners are saying they expect revenue to drop by as much as 40% without fans in the stands and the players should agree to take a pay cut based on those losses.

Baseball team owners want the Player’s Union to agree to a 50-50 revenue split to mitigate those losses which means the game’s biggest players would be taking a HUGE pay cut this season. But not Prince Fielder!

6-time All-Star Prince Fielder hasn’t played since 2017 when he was released by the Texas Rangers while he was injured despite him not being officially retired. Baseball contracts are fully guaranteed so this meant the Texas Rangers were on the hook for his contract despite him being released after a nagging neck injury. If the team releases a player and that player isn’t retired then they’re required to pay that player the remainder of his contract.

Flash forward to this season and that means Prince Fielder could become the highest-paid player in Major League Baseball according to The Athletic’s Ken Rosenthal:

Prince Fielder, owed $24 million in the final year of his contract with the Rangers, is to receive his full termination pay under terms of the March agreement between the owners and players regarding a shortened or canceled 2020 season.

The amount Fielder receives might decrease if the parties reach a subsequent deal to reduce the pay of players who were released before the COVID-19 pandemic, but such an adjustment is unlikely, sources say. The players are no longer on 40-man rosters, and the sport’s collective-bargaining agreement seemingly protects the guarantees in their contracts.

For anyone keeping track out there, Prince Fielder has already earned an estimated $200,880,500 during his 15 seasons under MLB contract. Tack on more next year and the dude is living large.

Everyone knows the story of Bobby Bonilla who still gets paid a million-plus every year until 2035 despite being retired for years and ‘Bobby Bonilla Day’ is always a funny day for sports fans to make jokes on but this instance is just wild. The dude is set to make $24 million this season while other players could take massive pay cuts.

Meanwhile, some players like Tampa Bay Rays ace Blake Snell are already speaking out against the pay cuts. In a video this week, Snell showed that he was strongly opposed to any pay cut:

“Y’all gotta understand, man, for me to go — for me to take a pay cut is not happening, because the risk is through the roof,” Snell said while answering questions on his Twitch channel. “It’s a shorter season, less pay.

“No, I gotta get my money. I’m not playing unless I get mine, OK? And that’s just the way it is for me. Like, I’m sorry you guys think differently, but the risk is way the hell higher and the amount of money I’m making is way lower. Why would I think about doing that?” (via ESPN)

There are still so many questions that need to be answered before a 2020 MLB season can happen but one of my biggest questions is what the season will look like if some of the sport’s biggest names refuse to play because they believe they aren’t being fairly compensated. I’m a Rays fan and it sure sounds like we wouldn’t have Snell if this 80-game season happens unless he gets paid.

For more on this Prince Fielder situation, you can head on over to Yahoo! Sports.