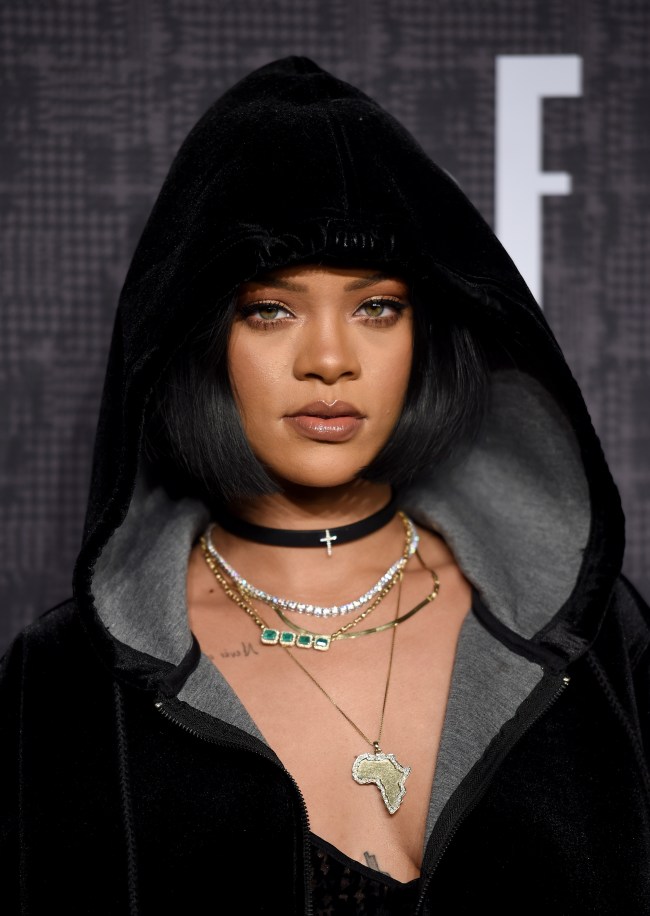 Puma: Female Athletes Do Not Translate on a Global Basis, Signs Entertainers

The development of the Puma SE (PMMAF) women’s division (now 1/3 of all company revenue) has helped lead the company’s revival; going from $6.3 million in ‘13 profits to $161.5 million over the first 9 months of 2017. CEO Bjorn Gulden attributes the turnaround to their relationship with Rihanna (began in ’14), believing she made the brand “hot again with young consumers”. Gulden signed Rihanna after coming to the realization that while male basketball and soccer stars translate on a global basis (see: GSW popularity in China), it is difficult to find a female athlete who could have the same impact; that female entertainers would have to fill the void. With the turnaround nearing completion, Puma parent company Kering SA (OTC: PPRUY) announced late last week it would be spinning off the sportswear brand; allocating 70% of Puma shares to Kering SA shareholders.

Howie Long-Short: NPD Group, Senior Industry Advisor, Matt Powell has been vocal that Adidas’ (ADDYY) rapid growth over the last 3 years has far more to do with their product line (see: Superstar, NMD, Stan Smith) than Kanye West; his signature line is produced in such limited quantities it doesn’t move the needle. I checked in with Matt to see if he thought Rihanna was making a bigger impact for Puma. He acknowledges Puma’s business turned after signing Rihanna, but isn’t prepared to give her the credit Gulden does; like Adidas, he says Puma’s growth (stock up 45% over last 12 mo.) has more to do with the quality of their products (see: Fierce, Fenty Creeper, Basket Platform) than her celebrity.

Fan Marino: Puma may not have big name female athletes on its roster, but it has a who’s who of female celebrities; Rihanna (59.4 million IG followers), Kylie Jenner (100 million) and Selena Gomez (132 million). For comparison purposes, the company’s biggest male endorsers; Arsenal F.C. and Usain Bolt, have 10.6 million and 7.9 million respectively. Females also accounted for 62% of all U.S. retail athletic apparel sales in 2017 (per NPD Group). Perhaps Gulden is on to something.

Adidas (ADDYY) maintains an estimated 10% of the U.S. footwear and athletic apparel market, but CFO Harm Ohlmeyer says the company’s infrastructure has prevented further growth. The demand apparently already exists, but delivery issues plagued the company throughout H2 2017. The (medium-term) goal is to control 15-20% of the U.S. market share, as it does in every other market it operates within (according to Ohlmeyer); so ADDYY is focused on building out the logistics to handle the business. Ohlmeyer also noted that while Reebok remains unprofitable, he expects to see growth (in the U.S. market) from the restructured company in 2018.

Howie Long-Short: Back in November, ADDYY reported Q3 ’17 sales rose 9% (to $6.6 billion); with U.S. revenue up 23% YOY to $1.3 billion. In late December, (NKE) reported Q2 ‘18 revenue within the region was -5% YOY to $3.5 billion. The U.S. remains NKE’s largest and most profitable market, but the company hasn’t experienced double-digit revenue growth since Q3 ’16. As long as leisure (as opposed to performance) remains popular within the footwear and athletic apparel sector, ADDYY is positioned to continue to outperform (and shrink the gap with) NKE, in the U.S. Of course, personalization and customization is also trending within the industry; so, it’s possible performance gear could be in vogue, sooner than later.

Fan Marino: The NBA released a list of players with best-selling jerseys (on NBAStore.com) during Q4 2017. Steph Curry (UAA) led the way, with LeBron (NKE), Durant (NKE) and Giannis Antetokounmpo (NKE) right behind. Adidas was represented in the Top 10 by Kristaps Porzingis (5), Joel Embiid (6) and James Harden (10).

Historically low snowfall totals across the Western U.S. has reduced visits to Vail Resorts (MTN) properties, by 10.8% this year. Vail, Park City and Beaver Creek (CO based resorts) received their lowest snowfall totals in 30 years (50% less than the next lowest winter season), while their 3 California based properties received 69% less snow than the 20-year average. Despite the lack of fresh powder, MTN reports that lift ticket revenue is up 1.6% YOY; with season pass sales (+14% YOY to 740,000) helping to offset the decline in single day visits (and lift ticket sales). Revenue declines from ski school (4.5%), dining (8.7%) and retail/rental property (11.5%), more accurately reflect the impact the weather has had on the company’s bottom line.

Howie Long-Short: MTN CEO Rob Katz has told investors the “challenging conditions” will cause the company to miss earlier earnings projections, but said the guaranteed revenue from season pass sales (+20% YOY) and investments the company has made in off-slope amenities (i.e. Park City got a $50 million renovation in ’15) would prevent further declines; even if the lack of snowfall continues. The disappointing fiscal Q1 comes on the heels of a typically slow summer for the company, reporting a loss of $28.4 million for the quarter that ended October 31st; though that figure is down from $63 million in Q1 ’17, the improvement comes as a result of a non-recurring tax benefit.

Fan Marino: The Western U.S. hasn’t had much powder, but that isn’t the case on the East Coast or in British Columbia. MTN reported that their newest acquisitions, both Stowe (Vermont) and Whistler Blackcomb (B.C.) have had strong winters thus far. Whistler’s snow conditions (96%-97% of the terrain was open Christmas Week) even abled the resort to open a week early this season!