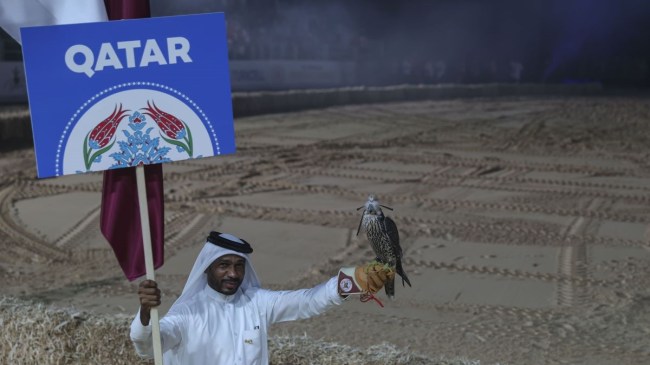 The 2022 FIFA World Cup in Qatar has been shrouded in controversy since the day the Middle Eastern country was awarded the bid.

While the play on the field has been outstanding, it’s stories off the field that have stolen all the headlines. From the host country paying fans to attend the tournament to a Qatari official admitting that hundreds of migrant workers died trying to organize the tournament, the whole thing has been a huge black eye for FIFA.

But Qatar knew what it was signing up for. The whole ordeal is an attempt at “sportswashing” in order to further grow the country’s burgeoning economy with consumers from the western world.

Now it appears that the World Cup was not the final part of the plan. Instead, a new report suggests that the tournament is only the beginning.

Owen Poindexter of Front Office Sports reports that the 2022 FIFA World Cup is part of a larger plan. The country wants to leverage the infrastructure from the tournament into a bid for the 2036 Summer Olympics.

The Middle Eastern nation is making a bid for the 2036 Summer Olympics on the premise that it believes this year’s World Cup shows the country’s ability to host an event of that scale.

Should Qatar bid for the games, their bid will likely come under a lot of scrutiny. While the country’s officials stated hundreds of workers died preparing for the World Cup, a recent article from The Guardian claims that number is significantly higher. Meanwhile, India, Indonesia, South Korea, and Germany have all shown interest in hosting the 2036 games as well, according to Front Office Sports.