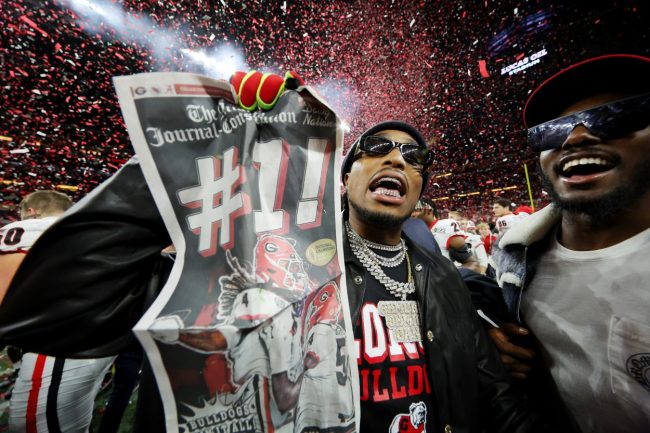 Quavious Keyate Marshall, better known as Quavo, is the front man of Migos and a huge Georgia football fan. Having been born in Athens and growing up in The Peach State, the 30-year-old rapper and producer always reps for the Bulldogs.

He was in attendance at the College Football National Championship Game on Monday.

Quavo apparently had a bet with Drake and, obviously, was on the Dawgs. 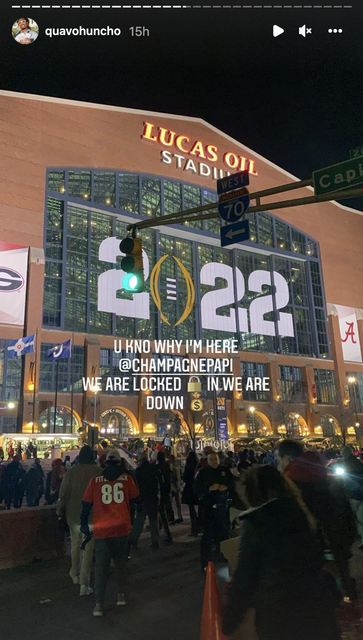 Drake was on the Tide and talked big talk. 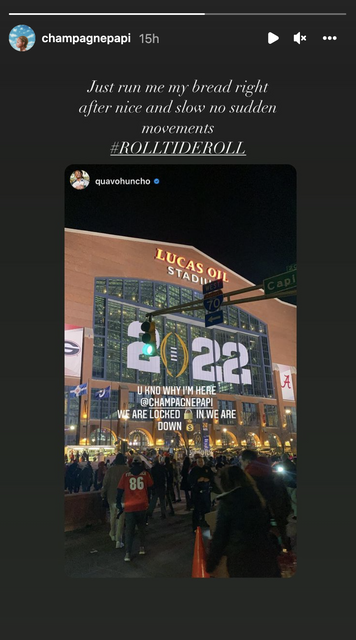 Drake didn’t make it to the game, but Quavo was in Lucas Oil Stadium and brought the drip. He was out there wearing gloves as if he was ready to lineup at wide receiver and go deep, which is so funny.

Ahead of kickoff, he ran it back with former UGA kicker Rodrigo Blankenship. They went off at the Rose Bowl in 2018 and brought the heat on Monday.

When George Pickens made one of the best catches of the year, Quavo was fired up.

Georgia went on to win the game by 15 and Quavo celebrated as if he was on the roster. It was awesome and hilarious.

Read all about it. @TwitterSports @Twitter #CFBPlayoff x #godawgs pic.twitter.com/LCS4MlNncS

He was also in the locker room after the game and had the place jumping.

While in the locker room, Quavo facetimed DJ Carnage and was absolutely beside himself.

As for Drake, however, he was not as excited. Quavo called him on the field before heading back to the locker room, but he didn’t answer. In turn, Quavo trolled Drake with his famous “chips with dip” line from the Raptors’ championship run.

The details of the bet are unclear, but Drake is going to have to pay up. And there’s no way it wasn’t cheap!