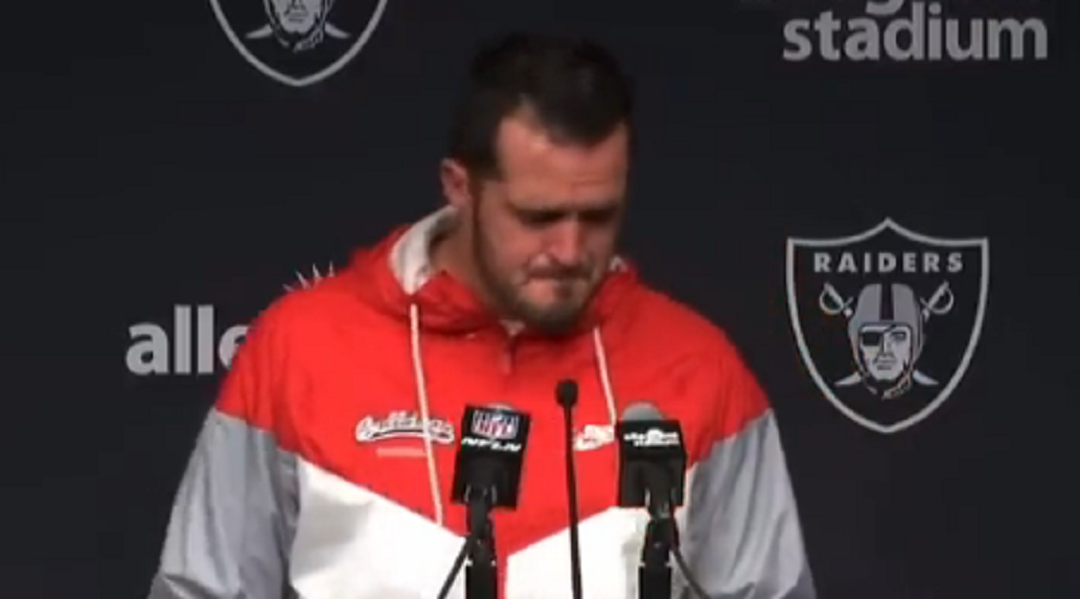 On Sunday, the Raiders lost to the Indianapolis Colts, led by a rookie head coach in Jeff Saturday.

After the game, an emotional Carr spoke to the media and broke down while talking about how frustrating this season has been.

Derek Carr as emotional as I’ve ever seen him. Several times he’s gotten choked up and had to take a moment before continuing. Keeps talking about how much he loves “this place” and that the feeling doesn’t seem to be throughout the team and the results “pisses me off”

I love Josh, I love our coaches, they’ve had nothing but success, more success than I ever had…I’m sorry for being emotional. I’m just pissed off by some of the things that a lot of us try and do just to practice, what we put our bodies through just to sleep at night,”

“And for that to be the result of all that effort pisses me off. Pisses a lot of guys off. … I wish everybody in that room felt the same way about this place, and as a leader that pisses me off, if I’m being honest.”

#Raiders QB Derek Carr got really emotional in his postgame press conference talking about how tough this season has been. pic.twitter.com/QxpX8HyOjW