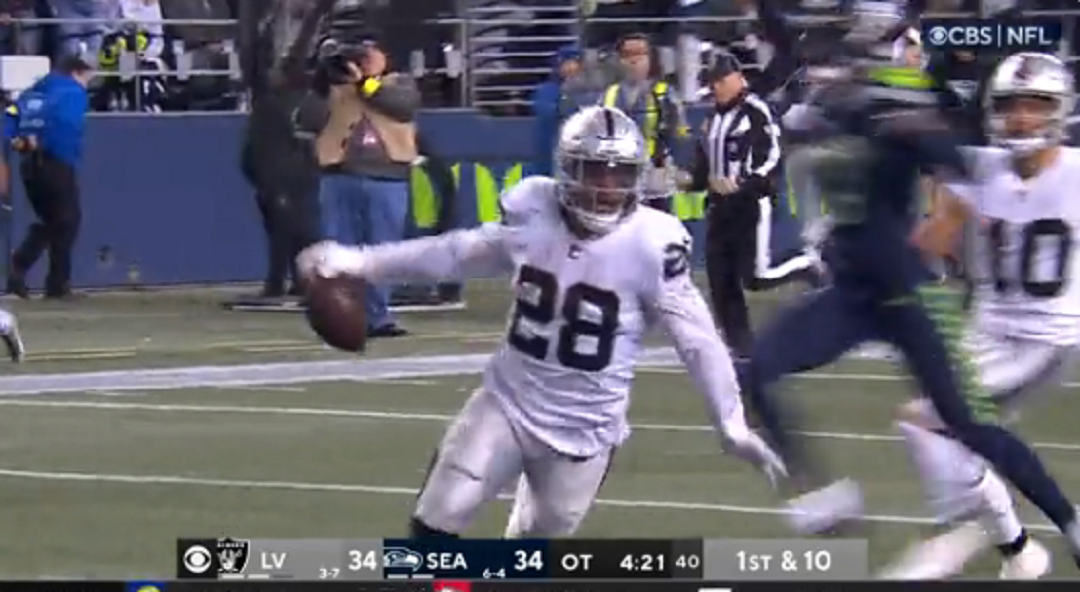 The Raiders-Seahawks game ended in thrilling fashion, but most of the country missed out on it.

As the Raiders-Seahawks game went to overtime, NFL Redzone’s Scott Hanson told fans to turn on their local CBS affiliate to watch the game’s ending.

Unfortunately, the Raiders-Seahawks game was blacked out for most of the country, and many were confused as to why CBS was airing 60 minutes instead.

I know rules are rules, but Red Zone Channel is sending the audience to their CBS affiliates for the conclusion of overtime, but that only pertains to the areas in green and those with Sunday Ticket pic.twitter.com/2jQsyk4eer

When Scott Hanson tells us to put on CBS for Raiders/Seahawks but 60 Minutes is on pic.twitter.com/hwwSRYyZlx

The NFL booting Raiders-Seahawks off RedZone and saying it's on CBS, when CBS is showing 60 minutes is unfortunate.

Eventually, Raiders running back Josh Jacobs won the game with an amazing 86-yard TD that most of the country couldn’t watch live.

JACOBS FINISHES WITH 303 TOTAL YARDS ON THE DAY. BEAST.pic.twitter.com/UEfkDHRGLU