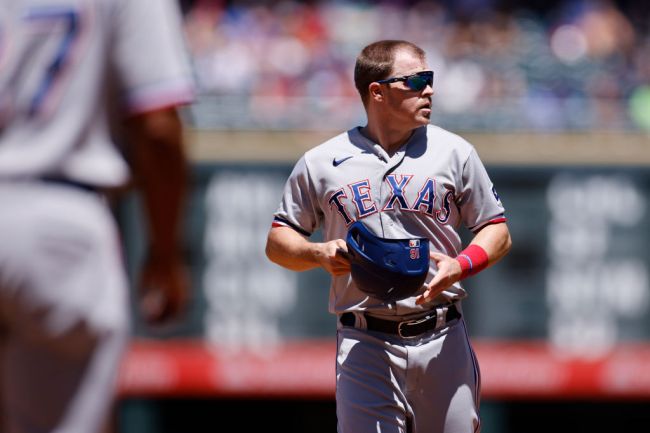 The Texas Rangers were behind 12-3 in a game that had pretty much been decided and called upon their third baseman to pitch. Brock Holt entered the game in the bottom of the eighth and did not allow a run.

The scoreless inning was extremely unusual, beginning with the historic first pitch.

Holt opened his relief appearance with an eephus to Josh Harrison. The high-arcing, slow-moving toss toward the plate took a lifetime to reach the strike zone, but when it did, it fell right in for a strike.

Holt’s first offering of the night was recorded as a 31.3mph called strike. As such, it was the slowest pitch to be called a strike since the MLB started tracking pitches in 2008.

After going 0-1 with the strange off-speed pitch, Holt went back to a more traditional approach to throwing from the mount.

The 33-year-old finished with a shutout line but allowed one hit and did not record a strikeout. Either way, he did his job and did it well.

On his way back to the dugout, Brock hilariously made sure that the umpire did not want to check his glove for sticky substances.

He, for some reason, did not.

Everything about the mop-up performance was tremendous. With the 0.00 ERA in 1.0 innings pitched, Holt lowered his ERA to 7.71 through 2.1 career innings.