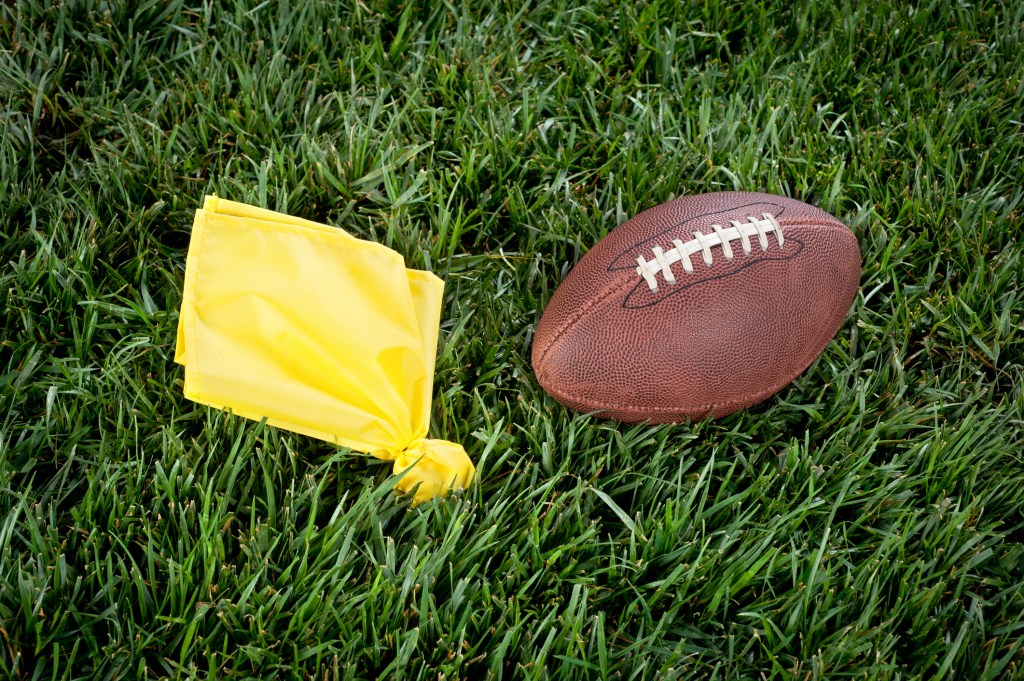 With two minutes left in the NFC Championship Game, the Buccaneers held a 5-point lead and were facing a 2nd-and-1 for a 1st down which would’ve led to them easily ending the game. What happened next surprised me because I wouldn’t say I have the biggest NFL IQ on the block. The Packers intentionally jumped offside and gave my Buccaneers a first down.

It didn’t even take a second to connect the dots on why they did it, to stop the clock from running and give themselves a chance at making a stop, but I never would’ve thought to do that in a million years. The Tampa Bay Buccaneers accepted the penalty and took the first down and went on to win the game and are headed to the team’s second Super Bowl in franchise history. Tom Brady’s going to his first Super Bowl representing the NFC where the Old Guard will face The New (Mahomes) and the Buccaneers become the first team in NFL history to play a Super Bowl in their home stadium.

But what would’ve happened if the Buccaneers declined the penalty as they were entitled to do? That could’ve triggered an odd chain of events that led to a rare rule being invoked if a referee enforced the Palpably Unfair Act Rule. So, it could’ve gone two ways. The Buccaneers declined the penalty and Green Bay decided their plan didn’t work and they let the Bucs run for 1-yard. Boom, game over. Or they could’ve stuck to their guns and kept jumping offside.

Green Bay jumps offside. The Bucs decline. Rinse. Repeat. An official warns them to stop, they don’t. Again and again….But then what? They can’t be trapped in this loop forever like Dr. Strange and Dormammu with his Time Stone. According to Yahoo! Sports, what would’ve happened is a ref would’ve enforced the Palpably Unfair Act Rule which allows the referee to ‘do whatever he thinks would be fair’. So the ref could’ve just said ‘game over, we’re done here’ or he could’ve taken 60 seconds off the clock and then did it again if Green Bay didn’t comply but the rules are so broad the possibilities would’ve been endless.

Yahoo! Sports and Wikipedia cite this as the most famous example of the Palpably Unfair Act Rule being enforced:

The 1954 Cotton Bowl Classic featured a notorious use of the rule. Rice University’s Dicky Moegle broke free for an apparent touchdown run, but Alabama’s Tommy Lewis entered the field and tackled Moegle. This could have been ruled illegal participation, for which the penalty then was 5 yards. However, the officials declared a palpably unfair act and credited the touchdown anyway. Modern college and NFL officials are explicitly permitted to award a touchdown under such circumstances.

The NFL has pretty specific rules about when this applies and it would require a defense to repeatedly commit the penalty even after being warned by an official. We’re talking about a complete hypothetical here but it really would’ve been fun to see Tampa Bay decline (as they should’ve) and Green Bay hunker down and take that penalty on Sunday.

By the way, there are SO SO SO many compelling storylines right now, not least of which is the fact that my Buccaneers are playing a Super Bowl at home about 45 minutes away from where I sit right now and I can’t even go to the damn game because everything suuuuucks. Any other time in history and I would’ve been a LOCK to get a ticket to this game. Not this year. Pour one out for me as I sit at home and watch on my projector instead of drinking from a commemorative cup while standing in a pirate ship at the Raymond James stadium.