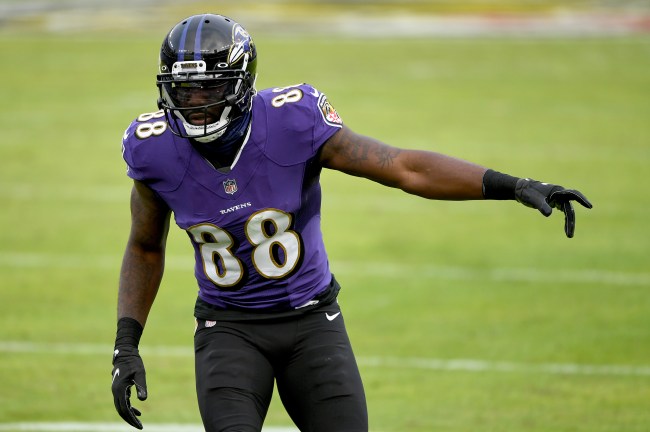 It seems like Dez Bryant manages to piss off the Internet at least once a month.

On Thursday afternoon, an unsubstantiated report went viral claiming that charges against Tory Lanez, who is facing 22 years in prison after being accused of shooting ex-girlfriend Megan Thee Stallion in July, were dropped.

The report was later debunked after becoming the top trend on Twitter.

a rep for Tory Lanez says it is NOT TRUE that charges against him in the Megan Thee Stallion shooting were dropped: “The blog that posted this info is wrong. I assume the docket hasn't been updated … The next hearing date is in mid-February.”

Tory Lanez charges aren’t dropped. Him nor his team has anything to do with the confusion of ppl thinking they were. Courts rescheduled cases that had a hearing date of 1/20 because of the inauguration and due to a clerical error it appeared like it was dropped or dismissed

Bryant, who is a fan of Lanez, took to Twitter to celebrate the false report about charges being dropped in the case.

Charges are dropped… I’m not going to go back and forth with you because you couldn’t fix your mouth to call me Coward if I stood in your because I wouldn’t mind taking that charge just to make an example out of you https://t.co/tglCZtxWau

Eventually, Bryant figured out the report was false but still defended Lanez because he was waiting for all the facts to come out.

I like Tory lanez music the man jam period.. if the man shot a woman he wrong no buts about it… but if you think I’m going to dislike somebody without the facts.. go ahead and hate me… social media has taking away a lot of people self control..

I didn’t ask you to educate me on shit.. I wasn’t looking for it.. you invaded my space… you talking a lil bit to tough for me.. you insist to make this a public situation.. why don’t we find a date and we can handle however On God I promise to take time out and see about this https://t.co/JDnf1wO39e

People immediately blasted Bryant over his take on Lanez.

You could’ve just not spoken on it at all until all of the facts came out but okay….s/o to a “real one” I guess.

What I don’t understand about statements like this is that you can just like not say anything and continue to listen to his music in private but no, you just need to publicly tell us that you still like him for negative attention that you claim you don’t want. https://t.co/2HK7oT01eU

You literally just cheered for dropped charges that wasn’t FACTUAL at all?!?! A whole LIE, but you want us to believe you’re someone who wait for “facts”?!?? You’re a whole dumbass bum who stay in messy shit https://t.co/kgc1B6a2u6

This is an example of what not to say…. I know you maybe a celebrity but your opinions don't matter as much as you think they do https://t.co/lRVuZwc8oy

This man tripled down on his ignorance you hate to see it https://t.co/FNM0utHp8D