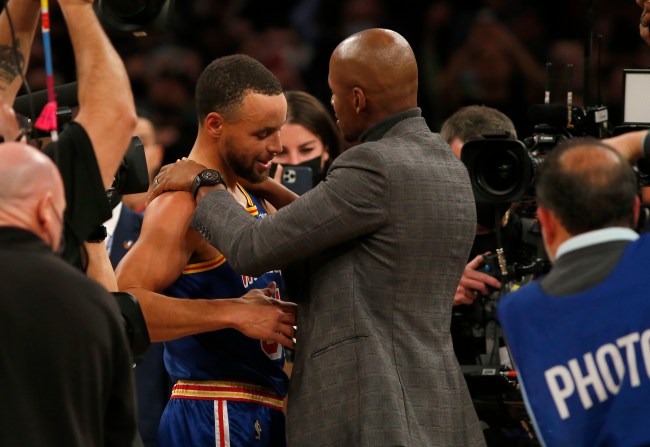 Ray Allen has revealed who he thinks is the greatest shooter in NBA history and his choice will likely shock many fans. Most would assume he would pick Steph Curry or even himself (that would be my pick), but instead he had a completely unexpected answer for NBA.com.

I wouldn’t put myself in the conversation. The greatest I’ve ever seen, someone who was amazing, was Dell Curry because of the way he shot so efficiently without moving with the ball. It was like he could throw the ball up there. But Reggie (Miller) was the greatest all-around shooter, being able to carry his team, he was an assassin. When you break it down, him being able to get to the free-throw line, great coming off screens, he wasn’t a pick-and-roll player but a guy you had to know where he was every moment of the game. Guarding him was hell for me.

Including Reggie Miller in the conversation isn’t a surprise as he is widely regarded as one of the league’s great shooters, but his choice of Curry is a bit surprising.

While Allen is absolutely correct about Dell Curry’s efficiency (he knocked down 40.2% of his career attempts), Dell is lacking a bit in the volume department. In his career, Dell attempted 3098 3s. That’s only 87 more than Steph has made in his career. Steph has done it while making 43% of his attempts.

It’s always interesting to hear what the greats of the game think on these types of subjects and it’s hard to argue with Ray Allen when it comes to the topic of shooting. I just hope this leads to some kind of televised competition between the NBA’s two most famous Wardells.