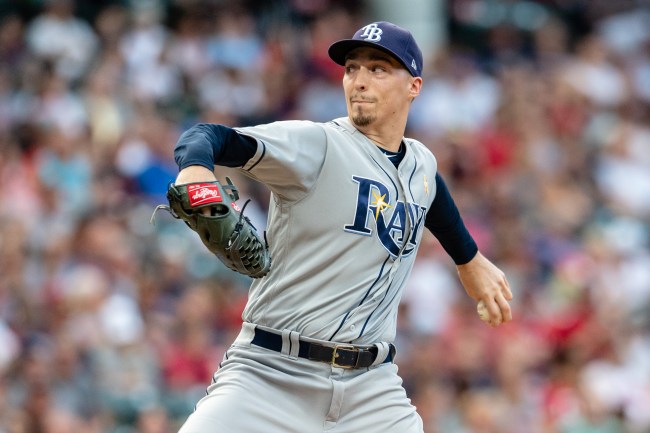 The MLB and the MLBPA are currently negotiating salaries to get players back on the field but the current proposal isn’t cutting it for players.

According to a report from The Athletic, the MLB wants players to agree on a 50/50 revenue split for this season which is something the players really don’t want to do considering revenues will likely fall due to fans not being able to attend games.

Citing the uncertainty of the COVID-19 pandemic, MLB wants to make a major (if temporary) change to the sport’s economic system, basing salaries only for this season upon the percentage of revenues generated by the sport.

League officials say the one-time arrangement should not be considered a cap because it includes no minimum or maximum payroll. Instead, the league views the plan as a partnership in which players would simply prorate their salaries to match industry revenues at a time when the league does not know if and when it will open its parks to paying customers.

The union, however, has long considered a system in which overall compensation is both reduced and tied directly to revenues to be a cap. The players already have agreed to a pay cut, prorating their salaries on a per-game basis as part of a March agreement with the league.

During a live stream on Wednesday, Rays pitcher Blake Snell blasted the current proposal and said he’s not playing unless he gets paid his full salary because he’s taking a huge risk by playing during a pandemic.

Y’all gotta understand, man, for me to go — for me to take a pay cut is not happening, because the risk is through the roof,”

“No, I gotta get my money. I’m not playing unless I get mine, OK? And that’s just the way it is for me. Like, I’m sorry you guys think differently, but the risk is way the hell higher and the amount of money I’m making is way lower. Why would I think about doing that?”

“Bro, I’m risking my life,” Snell said. “What do you mean it should not be a thing? It should 100% be a thing. If I’m gonna play, I should be getting the money I signed to be getting paid. I should not be getting half of what I’m getting paid because the season’s cut in half, on top of a 33% cut of the half that’s already there — so I’m really getting, like, 25%.

“On top of that, it’s getting taxed. So imagine how much I’m actually making to play, you know what I’m saying?”

Snell isn’t the only one who feels he should get paid in full. Trevor Bauer also took to Twitter to blast the MLB for trying to negotiate through the media.

Same song and dance from @mlb. Leak a story. Negotiate through the media. Make players out to be the bad guys. Players already agreed to a pay cut. We negotiated. WE HAVE AN AGREEMENT. Now they want to go back on it so they can make more money? GTFO. @AgentRachelLuba is spot on. pic.twitter.com/cHpmVTj6cu

It’ll be interesting to see if the MLB and the MLBPA can get passed this impasse to restart the season.