Real Madrid’s Kosovare Asllani Scored A Hat Trick In Just 154 Seconds, One Of The Fastest In History 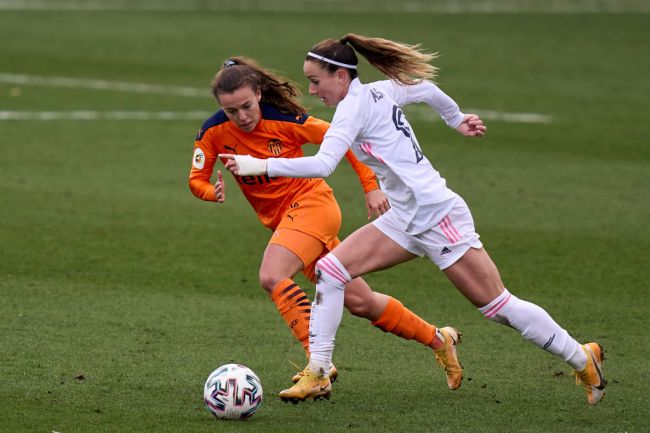 Real Madrid’s Kosovare Asllani scored the third-fastest hat-trick in soccer history on Saturday, finding the net three times in 154 seconds. Her fantastic day led the club to a 3-1 Primera Iberdrola win over Valencia.

The Sweden international scored her first goal on a free-kick in the 67th minute and followed it up with her second less than a minute later. She won the ball just outside of the box and lobbed the keeper with her best finish of the day. It was a filthy third touch that left the goalie in no-man’s land. Asllani completed her hat trick in the 70th minute.

Her hat trick ranks third all-time for both men’s and women’s competition. Magnus Arvidsson holds the record, scoring three goals in 89 seconds during a Swedish second-tier match in 1995. Tommy Ross is second, netting the hat trick in 90 seconds back in 1964.