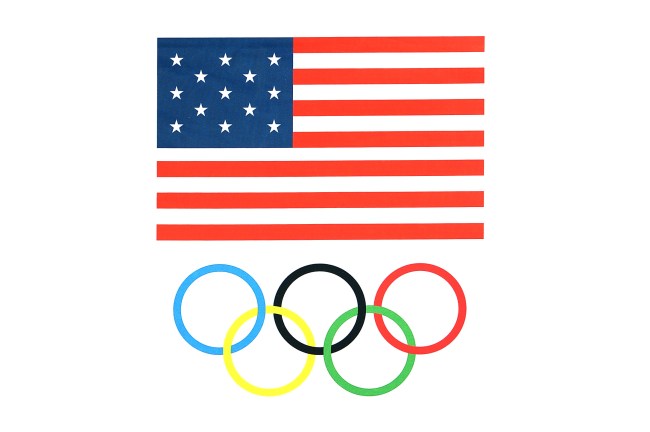 The 2018 Winter Olympics begin on February 8th, with the U.S. among the favorites to finish with the most medals; but unlike “almost every country” at the games in PyeongChang, South Korea, many U.S. athletes got there with little to no financial assistance from the country’s Olympic Committee. This is despite the U.S.O.C being guaranteed hundreds of millions over the next decade. While U.S.O.C. CEO Scott Blackmun will make more than $1 million this year (a 10% raise from last year) and the CEO of the U.S. Ski & Snowboard organization takes in more than $500,000/year, many of those trying to get there are living at or below the poverty line. Tonight (Jan. 30) at 10p EST, HBO’s Real Sports with Bryant Gumbel examines the U.S. Olympic athlete pay gap.

Howie Long-Short: Most Olympic delegations are treated as employees of the government, receiving full-time compensation and benefits; but that’s not the case in the U.S. U.S. Olympic hopefuls are financing the costs associated with their qualification (i.e. training, equipment), with part time jobs, crowdfunding and credit card debt; often ending up broke in their pursuit of gold. The story cites Michael Phelps and Simone Biles as examples of athletes who succeeded financially; but the pay gap between those two is massive. Based on the public information available, it appears as if Phelps is worth between $50-$55 million; while Simone has an estimated net worth of just $2.6 million to $3 million.

Under the Bernie Ecclestone regime, TV rights and race hosting fees were F1’s primary sources of revenue; but FWONA, under Liberty Media, has focused on expanding its appeal to maximize revenue-generating sponsorship opportunities. Efforts to draw in the female fan (men are currently 50% more likely to watch F1 than women) and the launch of an esports program, are designed to build on already attractive fan demographics. 83% of F1 fans shop online each month, 50% buy products from brands they see marketed during the race, the average F1 fans spends 2 hours/day on the internet and 43% of all internet users are F1 fans. FWONA recognizes it’s going to take time for brands to overcome “their perception of what F1 is”, but, for those who consider the opportunity; they’ll find the company has combined a fan centric approach with a “yes, why not?” attitude. The result has been a series of unique experiential activities at the track (i.e. Heineken pool party at the Monza Grand Prix) and an “authentic integration” of sponsors into the sport.

Fan Marino: FWONA has announced plans to revamp how merchandise is sold at the racetrack; creating a “superstore tent”, operated by Fanatics, as opposed to individual team tents. F1 Commercial Chief Sean Bratches has said “all race supporters support the plan”, but that isn’t the case with all teams; Ferrari, which has sold more merchandise than any other F1 team in history, believes it will “lose revenue with the new structure”. They believe impatient fans won’t want the trouble of seeking out the product they wish to purchase. They may be right, NASCAR attempted a similar model in ’15; it was rejected by fans (i.e. sales were down) and the racing series returned to the old scheme for the ’17 season. Red Bull and Mercedes are on board with Bratches plan.

EA Sports (EA), the NFL and ESPN (DIS) have partnered to bring exclusive broadcasts of the Madden ‘18 NFL Ultimate League to the ESPN App and Disney XD; a channel geared towards teen and pre-teen males. The deal is being marketed as ESPN’s first long-term multi-event competitive gaming partnership and the “first U.S. professional league for competitive sports gaming”. The e-sports competition will include 16 gamers (qualified from a circuit of events) competing head-to-head (starts Friday 2/2) for a chance to play for the Madden Bowl title, live from the ’18 NFL draft on ESPN2. ESPN2 will also be the home for a weekly episodic series (beginning in April) focused on the best players (and storylines) within the Ultimate League.

Howie Long-Short: Video game industry sales rose 11% in 2017 (to $14.6 billion), including $6.7 billion on video game software. The best-selling competitive sports game of 2017 was NBA 2K (2nd overall), with Madden NFL ’18 (4th overall) the only other sports game in the Top 10. EA will release their Q4 ’17 and full-year ’17 earnings report following today’s close. Look for growth in digital revenue; the category up 19% in Q3, helping EA set company records for profitability.

Fan Marino: This isn’t your daily “Pro Sports Launches eSports League” announcement; though, I have a few of those as well (MLS launches eMLS Fifa ’18, NHL to debut esports league by end of season). Competitive sports gaming coming to mainstream cable television is another milestone for the burgeoning industry, as is the $500,000 prize pool; the largest in Madden history. What kind of audience can ESPN expect? For reference purposes, the CW received 670,000 viewers for a one-hour Madden primetime special.