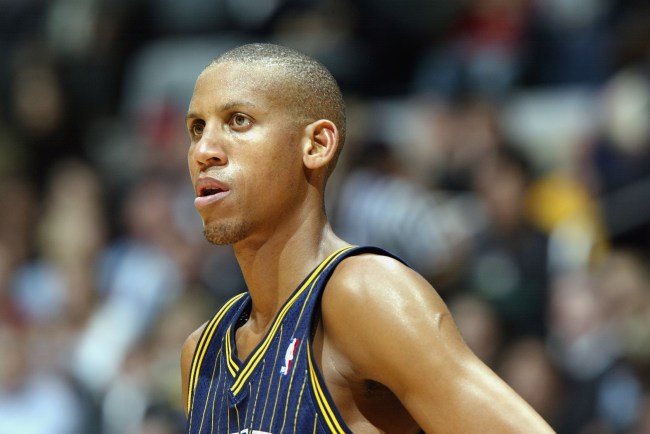 Reggie Miller is one of the greatest shooters to ever step foot on planet earth. Back before guys like Stephen Curry and some of this new generation were popping off threes at an insane rate each game, Miller was the lethal sniper who couldn’t be stopped once he got hot, hitting huge shots during his playing days with the Indiana Pacers.

When he retired in 2005, Reggie Miller was the all-time leader in three-pointers made, which helped him reach the Basketball Hall of Fame. And, while the sharpshooter is a current hoops analyst for NBA and NCAA games for TNT, he showed today that being in front of the microphone hasn’t hurt his jump shot much. Just look at the precision with which Miller hits a bunch of threes today at the Pacers’ practice facility.

It’s honestly a thing of beauty to see Reggie Miller shoot a basketball. Even at his current age of 53 years old, Miller shows that, if he really wanted to, he could probably make an NBA comeback and try to snag the all-time record of three-pointers made. It’s just a skill that clearly hasn’t left him.

Unlike other things playing like quarterback in football or being a stud pitcher or jacked home run hitter in baseball, being a sharpshooter is more about routine and hand-eye coordination and less about strength or power. So, while a guy like Mark McGwire probably couldn’t come back to the majors and hit a bunch of homers, it’s hard not to think that Reggie Miller couldn’t average a cool 20 per game for some crappy NBA team.

OK, so Miller’s knocking these things down while he’s wide open, but, still, you can’t tell me you’re not impressed with how smooth and accurate he is. Guess that’s just why he’s one of the all-time greats in the sport.