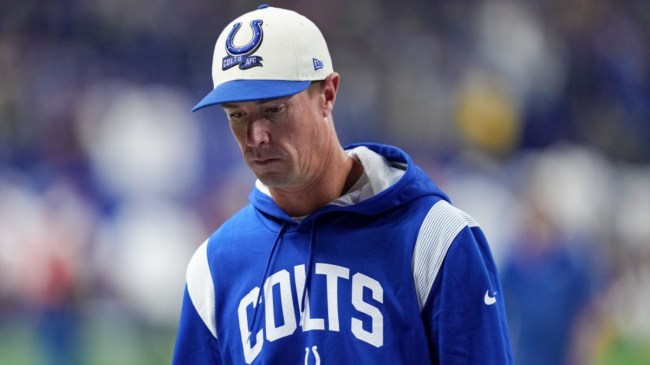 It has been a tumultuous year for the Indianapolis Colts. After just missing out on the playoffs last season, they placed the blame on Carson Wentz and traded for Matt Ryan to replace him.

That move didn’t improve much as the Colts struggled to a 3-3-1 record in their first 7 games. Then the season really got interesting. After the loss to the Titans that dropped them back to .500, the Colts decided to turn to Sam Ehlinger as their starting QB.

That hasn’t worked out particularly well as they have gone 0-2 in his first 2 starts, scoring 19 points between the two games.

After those two losses, the Colts decided to fire head coach Frank Reich. They replaced him with Jeff Saturday, who has no coaching experience. It was a move that has been widely criticized by fans and those around the NFL.

With the decision to make such big change, there was some curiosity as to whether or not Matt Ryan would be given another chance to be the starting quarterback with a new coach. Today, that question was answered.

According to Sports Illustrated, Ryan will be active for this weekend’s matchup against the Raiders, but he will be backing up Ehlinger.

Colts quarterback Matt Ryan will be active this weekhttps://t.co/hY5YKpM17E

This move is a bit of a surprise as it likely doesn’t give Saturday the best chance to succeed in his first season as a coach. As bad as the offense was with Ryan under center, it has looked worse with Ehlinger. That could set Saturday up to be the bad hire that many already believe him to be.

it will be interesting to see if this depth chart changes if the Colts don’t beat the struggling Raiders this weekend.