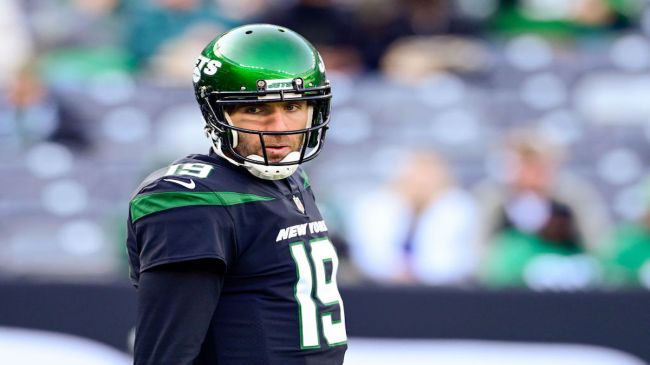 New York Jets fans have known since the NFL schedule was released that their team was going to have a tough start to the season.

Their schedule opens with the entire AFC North in their first 4 games, with home matchups against the defending AFC Champion Bengals and Lamar Jackson’s Ravens and road games against strong Steelers and Browns defenses.

Things don’t get any easier from there as that AFC North run is followed by the Dolphins, Bills, Packers, Broncos, and Patriots over the following 5 weeks.

Now it appears that there early portions of their season could be getting even more difficult.

Jets fans got a huge scare when starting QB Zach Wilson left the team’s first preseason game with a knee injury. Luckily, he avoided anything that would cost him the whole season, but there were concerns that he could miss time to start the year.

Now, the New York Post is reporting that all signs point to Joe Flacco being the team’s Week 1 starter.

The Jets were always going to face an uphill battle to find success early in the year, but this would make for an especially tough week 1.

Flacco has performed surprisingly well in his starts with the Jets over the past couple of seasons, throwing for just over 1100 yards and 8 touchdowns across 5 starts. However, 220 yards and 1.6 touchdowns per game likely won’t be enough to keep up in this Week 1 matchup.

The matchup between the Jets and Ravens would give Flacco a chance to take on the QB that replaced him in Baltimore, but it’s a matchup where his replacement should be expected to give his team a big edge.

The Jets get a friendlier matchup in Week 2 against a Deshaun Watson-less Browns squad and they’ll be hoping to have Zach Wilson back in time for that matchup.