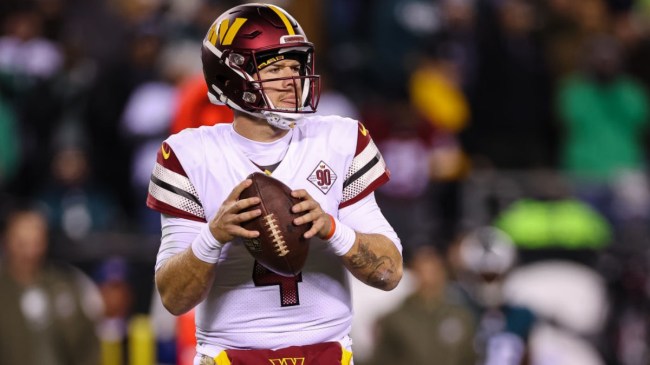 After struggling early in the season, the Washington Commanders have completely turned their season around. They’ve won 4 of their last 5 games, including handing the Eagles their first loss of the season, to work their way back to .500.

The team’s last 3 wins happened to coincide with one big change for the Commanders. Carson Wentz has been unavailable and Taylor Heinicke has taken over at quarterback.

He hasn’t statistically been any better than Wentz, but the change has seemingly given the Commanders some momentum. That momentum should carry into this weekend as Wentz has yet to be cleared to play despite being eligible to come off of IR and the team has already announced that Heinicke will start on Sunday against the Texans.

It isn’t yet clear what the Commanders will do when Wentz is ready to return, but today Pro Football Talk’s Michael David Smith pointed out that they have some extra incentive to stick with Heinicke even once Wentz is ready.

That is a pretty big difference in compensation and now it seems that the Commanders can keep that 2nd round pick without it negatively impacting the team.

To miss the number, Wentz would have to miss just over 5 games. He is already at 4 with a 5th coming on Sunday. That 5th game isn’t likely to be one that convinces the Commanders to send Heinicke back to the bench as they will be expected to beat the Texans.

The Washington Commanders have quite a few big games coming up as they work their way back into playoff contention, but it’s starting to look like next week’s matchup against the Falcons could be even more important for the Colts.