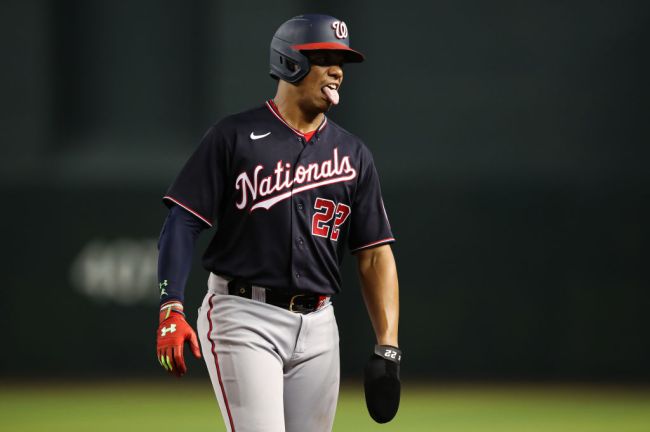 Since Juan Soto rejected their 15 year, $440 million dollar contract extension offer, the Washington Nationals have appeared to be ready to move on from last season’s runner-up for NL MVP.

That news has been accompanied with plenty of interest from teams around the league with 7 teams having already reportedly reached out about a Juan Soto deal as of yesterday.

While Soto leaving the Nationals before the trade deadline has seemingly become a foregone conclusion, it was still unclear what exactly it would cost to acquire a talent like Soto.

It is rare for a player of his caliber to hit the trade market, especially at just 23 years old. This kind of rare opportunity should be expected to carry with it a hefty price tag.

Today we learned what that price tag is. According to baseball writer Ken Rosenthal, that price is 4 to 5 top youngsters and the Nationals aren’t even willing to negotiate with teams who won’t meet that price.

As I said on @FS1, multiple clubs saying Nats’ ask for Soto is 4 to 5 top youngsters, combo of prospects and major leaguers with low service time. Ten days from deadline, Nats aren’t negotiating, one exec says. A team either shows willingness to meet price, or Nats move on.

That asking price shouldn’t be enough to deter teams in negotiations for Soto.

While Soto’s batting average has taken a bit of a hit this season, he has been one of baseball’s better power hitters with 20 home runs, earning him another All-Star nod. Any contender who believes he could make a difference for them should be more than willing to give up some young players with potential to add Soto for the playoff push.

Now fans will just have to wait and see who it is that ends up committing to being a contender right now.