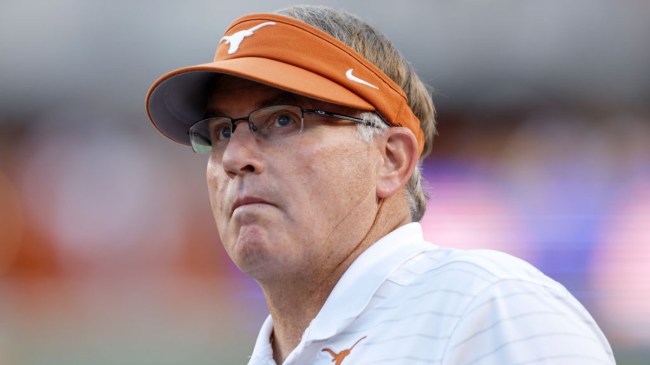 Early on in the college football season, Nebraska became the first Power 5 team of the year to find themselves looking for a new head coach after firing Scott Frost.

The decision to fire Frost after just the season’s 3rd game has given college football fans plenty of time to speculate about who would eventually be the coach to take his place.

Mickey Joseph has served as the interim coach since the Cornhuskers moved on from Frost, but he hasn’t gotten much improvement from the team in the 6 games since he took over.

With Joseph seeming unlikely to be kept on as the head coach, fans are expecting to see Nebraska hire a big name as their next coach once this season is over.

Matt Rhule is a name that has come up since he was fired by the Carolina Panthers. Army’s Jeff Monken and Alabama offensive coordinator Bill O’Brien have also been named as potential candidates for the job.

Today, a ‘wild card’ option for the job was revealed. According to college football reporter Bruce Feldman, Texas special assistant Gary Patterson could be considered for the job.

Nebraska and Auburn are still searching for their new head coaches 🔎👀@BruceFeldmanCFB weighs in on potential options for the positions 📝 pic.twitter.com/1BRh5WFcev

Patterson has a lengthy history as a head coach in college football. He spent just over 2 decades at the helm for TCU, leading the program to its most successful run in their history. That included a 13-0 season back in 2010 and 6 conference titles across 3 conferences.

Patterson was fired last season after a few years of hovering around .500 and a 3-5 start to the year.

Despite his recent disappointing seasons, he’s proven that he can lead a team to a lot of success and would provide much more head coaching experience than Frost did when they hired him.