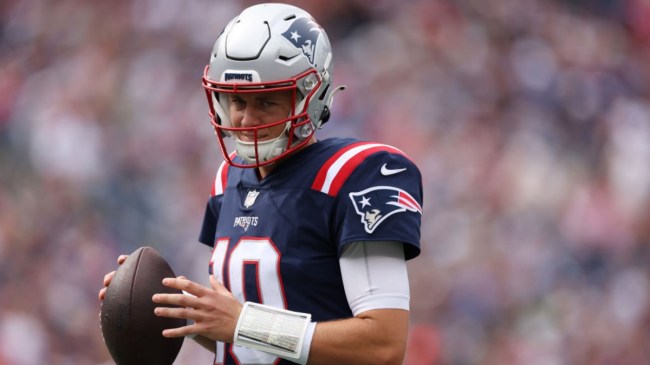 When Mac Jones suffered a high-ankle sprain Bryan Hoyer was expected to take over as the teams quarterback while he recovered. Then Hoyer was injured in the team’s first game without Jones, turning things over to 4th round rookie Bailey Zappe.

In that game against the Packers, Zappe was able to hold his own, but the Pats fell short in overtime. After the game, a report surfaced that Patriots owner Robert Kraft had wanted Zappe to start the game, but the coaches went with Hoyer anyway.

Hey everybody, just want to acknowledge that I made a mistake Wednesday on @WEEI. I should have not spoken of the DM without vetting it first. No excuses, It won’t happen again. I appreciate the feedback and comments I’ve received.

It seems this QB controversy will be coming to an end soon with Jones getting to return. However, Zappe’s performance in his 3 appearances will put a bit more pressure on Jones to perform the rest of the year.

Zappe was particularly impressive in his last start, leading the Patriots to a win over the Browns with 309 passing yards and a pair of touchdowns.

If Jones doesn’t start to turn things around after a rough start to the season, he may actually start to wish that Zappe hadn’t ever ended up starting for the Pats.