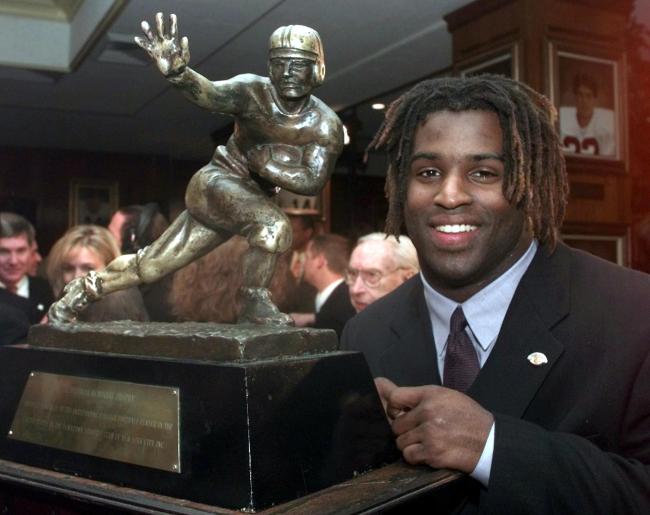 Ricky Williams is a former Heisman Trophy winner, was a two-time All-American at Texas, and rushed for over 10,000 yards during his 11-year career in the NFL. Those aren’t the first things that come to mind when most people hear the name Ricky Williams, however.

Instead, people think of weed – he was suspended a full season for violating the NFL’s drug policy – and just the overall mysteriousness of his life after football.

While there is an endless amount of stories involving Williams both on and off the football field, former Esquire reporter Chris Jones shared one that perfectly sums up his disappearance from everything back in 2004.

Jones shared the story via a Twitter thread and it’s worth reading every word of it. He went on a global search to find Williams and he found him much faster than anyone could have ever expected. 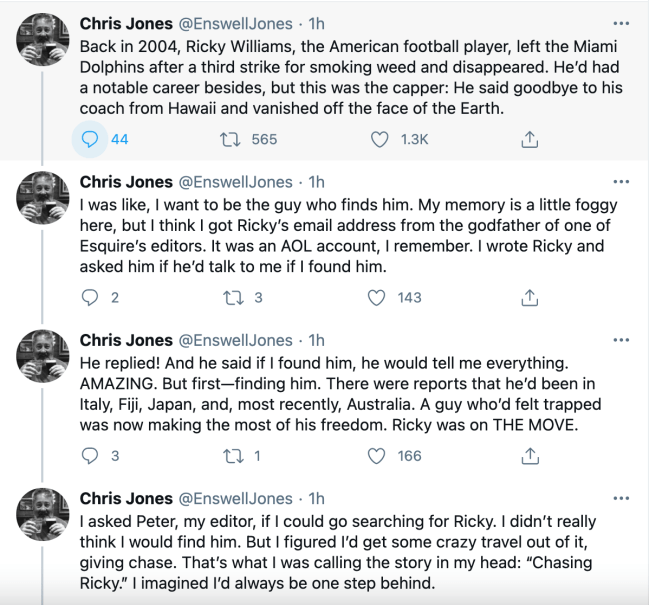 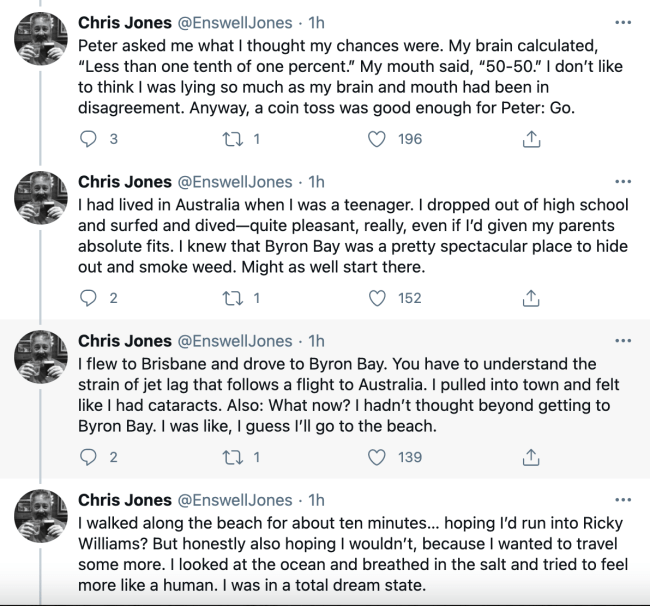 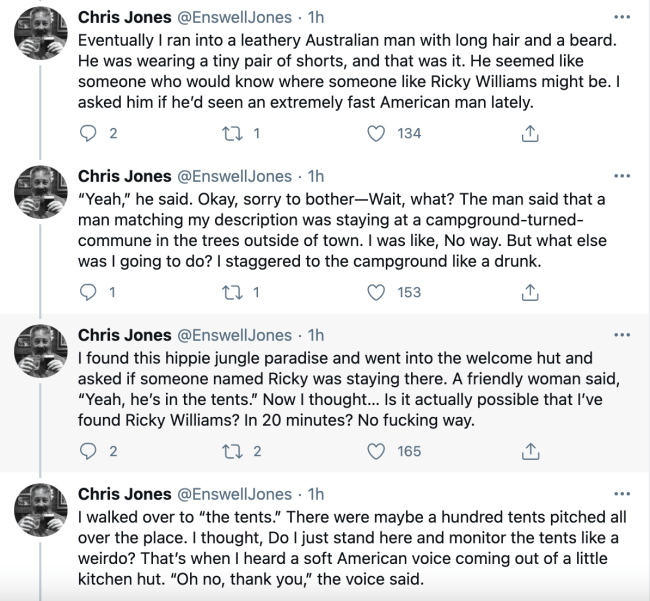 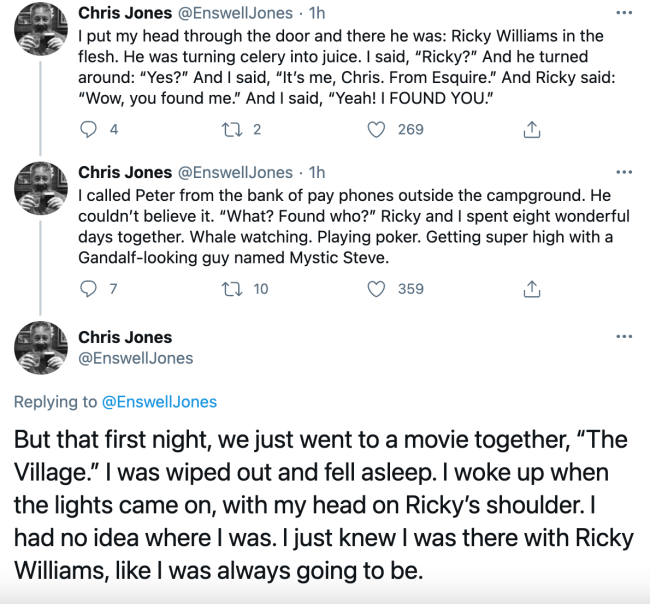 That, my friends, is what you call capital J journalism. Jones, like the rest of the world, had no clue where Williams was, but he was determined to find him while also getting some sight-seeing in. He lands in Australia, drives to Byron Bay, and finds Williams in less than a half-hour. It’s not even possible to calculate the chances of that happening, but it did, somehow.