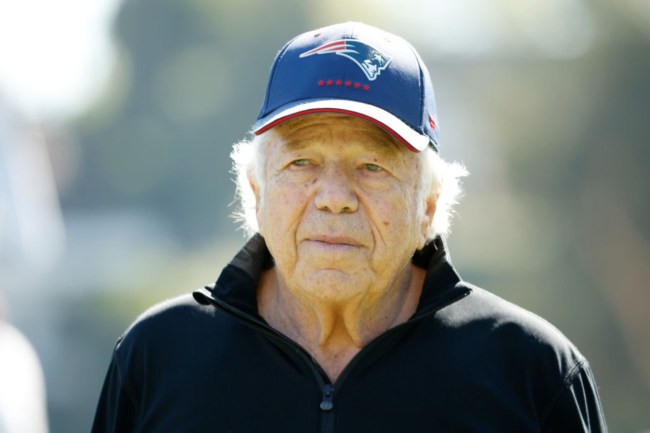 The world of professional sports is a ‘what have you done for me lately’ business. That’s even true for the New England Patriots who have played in nine of the last 21 Super Bowls hoisting six Lombardis along the way.

I’m not just making that statement up, Patriots owner Robert Kraft is fed up with New England’s recent success, or lack thereof, in the playoffs over the last three years.

Kraft spoke with the media at the annual NFL meetings in Palm Beach and admitted that it “bothers” him having not seen a Patriots playoff win in three years.

“I’m a Patriot fan, big time, first, and more than anything it bothers me that we haven’t been able to win a playoff game in the last three years,” Kraft said.

The Patriots’ last playoff win just so happened to be in the Super Bowl in February of 2019, which was Tom Brady’s penultimate season as a Patriot.

Kraft doesn’t think the winless streak in the playoffs will last too much longer. He thinks his team has what it takes to get into the playoffs and win a game this season.

“I’d expect it to happen as soon as this year,” Kraft explained. “I think we’ve made commitments as an organization. I think we have a lot of talent. Some wonderful young men from last year and a couple in the weeds from before. It’s a chance for them to grow and hopefully come together, and the team comes together.”

While it’s only natural for Kraft to be “bothered” by the Patriots coming back down to Earth the past few seasons, that didn’t keep NFL fans from taking shots at him following his comments.

Oh what a nightmare that must be. https://t.co/Z2uOAX58eH

Translation: “Tom Brady allowed me to run this franchise for over 20 years by spending as little money as possible.” https://t.co/XJWs9fggUP