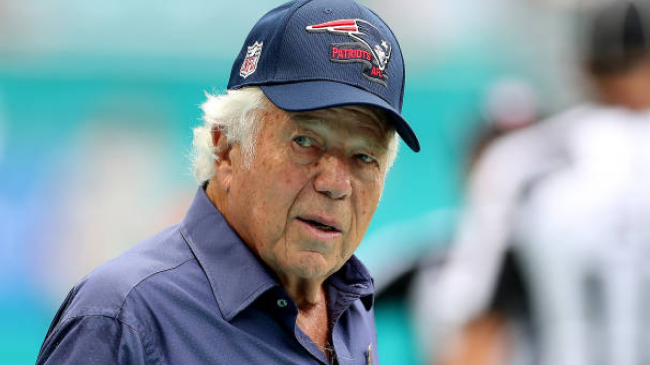 To the surprise of just about nobody who has followed the New England Patriots through the offseason, their offense struggled in Week 1.

The team had some major questions about its coaching staff throughout the summer when they didn’t replace Josh McDaniels as the team’s offensive coordinator, instead option for a strange committee approach with Joe Judge and Matt Patricia running the offense.

It eventually was reported that Patricia would be the one calling the plays for the Pats this season, but his play calling in Week 1 led to only 7 points for the Patriots.

Over the course of the disappointing performance, there was one thing about the offense that stood out to some fans. Kendrick Bourne was nowhere to be found for much of the game.

It is now being reported that it’s because Bourne was in Patricia’s dog house this week.

.@tomecurran on Kendrick Bourne's TWO snaps vs Miami on Sunday:

– Bourne is in Matt Patricia's doghouse after missing a meeting in preseason.
– Bourne's lack of use caught the eye of Robert Kraft.

The decision bu the Patriots to limit Bourne’s usage in Week 1 seems to have been a decision that Robert Kraft wasn’t particularly happy with.

More from @tomecurran on Kendrick Bourne:

"…It's my understanding, I was not told directly, but what I have gleaned: Robert Kraft noticed it, Robert Kraft made his opinion known, and going forward I think Kendrick Bourne will have a bigger role." pic.twitter.com/Gj5hz2rbx6

Luckily for Bourne, this means he should see plenty more playing time next week. The Patriots will just have to hope that helps them put together a better offensive performance against a stingy Steelers defense.