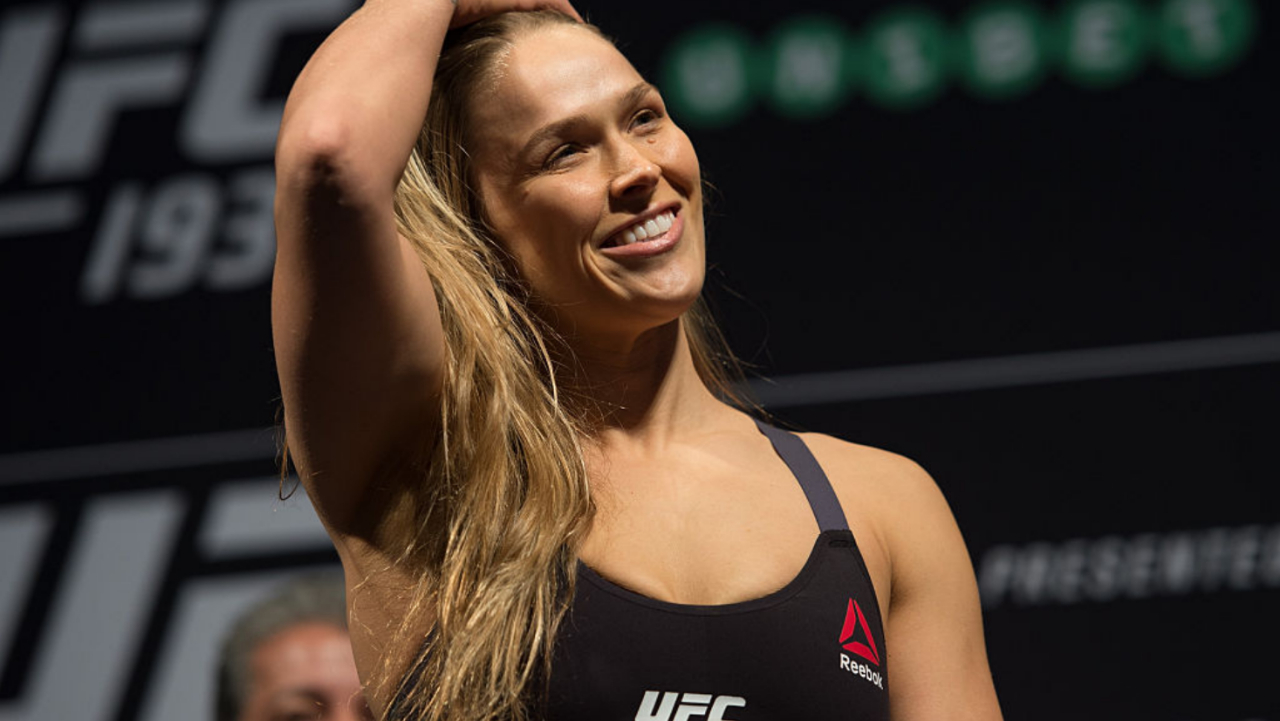 On Saturday, fans were confused as to why Rousey was included in the UFC’s Hispanic heritage month montage with other Latin fighters.

UFC commemorates Hispanic Heritage Month by celebrating our athletes & fans representing U.S. Hispanic and Latin American communities & other Spanish speaking countries around the world. We are proud to acknowledge the influence that Hispanic and Latino culture has played in UFC. pic.twitter.com/wnty6bzujK

@ufc @dc_mma why did they include Ronda Rousey in the hispanic tribute???? lol
at the very last few seconds of the clip, ref is raising Ronda's hand. smh

Bro why did they have Ronda Rousey in a compilation of Mexican fighters🤣 pic.twitter.com/xkGYR7ZBXa

For those that don’t know Rousey’s grandfather is Venezuelan and she considers herself Latina. Here’s an interview she had with Fox News Latino years ago.

FNL: I was talking to your sister [Maria Burns Ortiz, Fox News Latino Contributor and Sports Columnist] and she made it very clear to me you are Latina. A lot of people don’t know that because you have blonde hair. Your sister, she looks Latino and I don’t think it’s bad to say you don’t look as Latino. What is your Latino heritage and how does it play into your life?

Rousey: I’m half Venezuelan; I’m just as Venezuelan as Maria is. It’s kind of weird that in America you are what you look like almost because that’s how people treat you. And when I was younger and we went to Catholic school that was like 99.9% Latino I was really outcast there. I had so much trouble learning to speak English that I never learned to how to speak Spanish. I didn’t learn to speak coherently in English until I was around six years old. So I didn’t look it, I didn’t speak it and I was kind of ostracized from that community a little bit. I think it’s so cool that now people are starting to recognize that yes this is my heritage this is where our family come from. I’m glad to be getting a lot more acceptance as really being a Latina even though I don’t look like it.

In a 2015 interview with MMA Heat Rousey spoke about her sisters being able to speak Spanish and how she regrets not learning the language.

“My mom was just talking last night about going and doing like an immersion thing next summer because I had soo much trouble speaking in general, you know. Like my sisters learned Spanish but I didn’t and my mom speaks fluently but I don’t. I would like to do something like that, I wish I was bilingual damn! It seems soo cool… So hopefully I can learn and … when I go to my family reunion be able to talk to people… I’m like the gringo of the family. When I show up, they are like, how did you happen.”