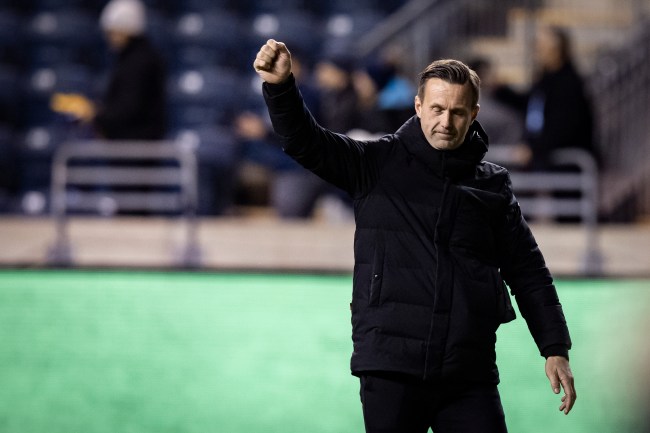 Today’s MLS Cup final took some major twists and turns, but in the end NYCFC managed to prevail. For Ronny Deila that meant just one thing. It was time to take his clothes off and celebrate.

Deila had promised before the game that he would celebrate in his underwear if his team lifted the trophy for the first time ever. His players certainly deserved that kind of over the top celebration after what it took to get this win.

NYC managed to score the first goal against the Portland Timbers, but even that took an unfortunate turn. After Golden Boot winner, Valentin Castellanos scored the match’s opening goal, a fan threw a full beer at Jesus Molina.

For a long time, it looked like that scoreline would be enough, but the Timbers had other plans. With just seconds left in stoppage time, the Timbers managed to score an equalizing goal and send the match to extra time.

Neither team managed to score in extra time, so penalties were required to decide this final. A couple of fantastic saves and some clutch finishing gave NYCFC the win 4-2 on penalties.

The win was NYCFC’s first MLS Cup title in team history and capped off an improbable run as the 4 seed in the Eastern Conference.

There was a lot working against NYC on the way to this title and some are even questioning whether or not there should have been a foul called in the buildup to Portland’s goal. Still, they pulled out in the end and got a historic win for their club.

Getting to see their manager dance around in his underwear was definitely a fun reward for the win.