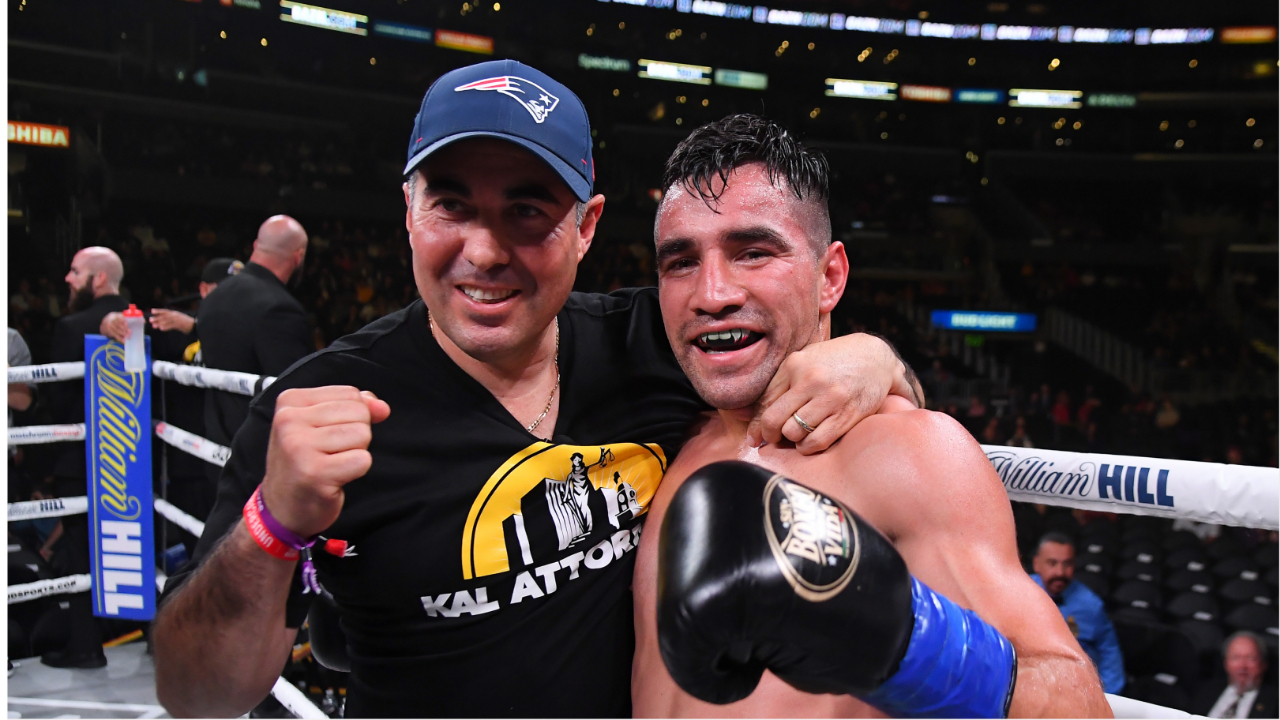 Ronny Rios is ready for his second shot at a world title.

On Saturday, June 25TH Rios (33 -3 16 KOs) will challenge Uzbekistan’s Murodjon “MJ” Akhmadaliev (10 – 0, 7 KOs) for the WBA and IBF super-bantamweight championships in a fight that will air live on DAZN and will take place in San Antonio, Texas.

We sat down with Rios this week to get his thoughts before the huge upcoming title fight.

The 32-year-old boxer from Santa Ana believes he has a slight size advantage over the champ Akhmadaliev that he feels could play a huge factor in the fight.

“I think I match up very well with him. I think he’s awkward. He does a lot of movement. He’s wide too. I can’t say he hits hard because I’ve never been hit by him, so I won’t find out till Saturday. And I think I’m just think slightly taller, slightly longer. So I think that’s going to be a key factor in this. And I don’t know about his condition, but it looks like he gets a little windy at times, so we’ll find out on Saturday.”

Rios is currently on a four-fight win streak after a KO loss to Azat Hovhannisyan that made him change his boxing mindset and led to a career resurgence.

Yeah, I changed my mindset after that fight. I took some time off, and I didn’t know if I was going to come back to boxing, but then I finally decided, you know what, I want to give this 100%, but I want to give it 100% and I remember I told myself I want to come back and really want to leave behind a legacy that my son can be happy about being proud of. So I came back. It was tough at first, but then I started getting it back together, and we’re here now. I’m still continuing to do it. The only thing that I would say has changed slightly is I’m more relaxed now than I was before. I’m having more fun with it. Now than I was before, too, and I just think I’m enjoying everything.

Rios last fought for a world title took place in 2017 in a loss against Rey Vargas but he feels he gained a lot of experience from the setback.

‘Yeah, I’ve gained a lot. I think the number one thing I gained from that fight is not to overthink a fight. At the end of the day, it’s a fight. You can’t go out there and make the event bigger than what it is. I deserve to be here, so why am I going to overthink it? I’m just going to go out there, I’m going to think of how to win instead of the actual event. I’m going to listen to my team and execute.’

Despite being a -500 underdog, Rios envisions that he will bring back the two belts with him on Saturday night.

You can watch Rios take on Akhmadaliev Saturday, June 25th on the undercard of Jesse ‘Bam’ Rodriguez’s and Srisaket Sor Rungvisai’s matchup for the WBC World Super Flyweight championship on DAZN.